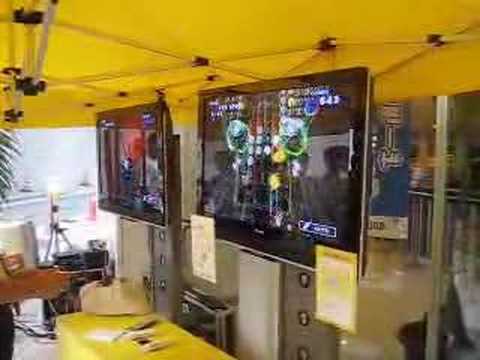 Hudson may be bringing another shmup in the Star Soldier series to the Nintendo Wii, with Star Soldier R making a tantalisingly brief appearance at the company’s caravan tour in Japan. While free of Wii-remote gimmicks, it’s unclear what new gameplay elements the vertical shooter will bring to the series. Anyone unfamiliar with Hudson’s Star Soldier may want to invest in the Virtual Console release of the Turbografx-16 version as the above video isn’t exactly clear viewing.