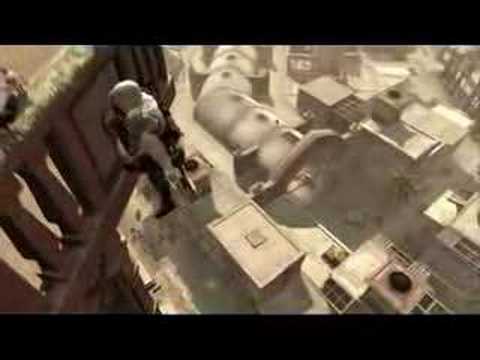 And yes, that’s Massive Attack’s Teardrop. It’s almost like watching the intro sequence to an episode of House. Of course, Altair has a tendency to kill people while Hugh Laurie does the opposite, but it’s two sides of the same coin as far as I’m concerned.

I think you could put that music to just about anything, run the video at 15fps, and end up with something as haunting as, say, the hungry open-mouthed stares of your 90-year old grandma.