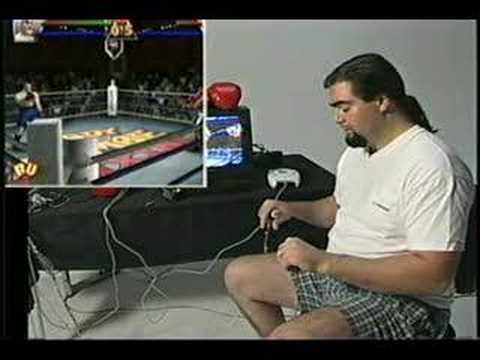 According to a GoNintendo tipster, former Midway employee Patrick Goschy, seen in the video above, and possibly unnamed parties may file suit against Nintendo for patent violation related to a motion controller he and other Midway Games employees created. Those patents—Motion simulator for a video game and Video game system having a control unit with an accelerometer for controlling a video game—were filed in 1999 with the US Patent & Trademark Office. The demonstration video of Midway’s “Velocity Controller” was shot in the summer of 2000, apparently when the heat got to Mr. Goschy, forcing him to break out the short pants.

For the record, we’re basing this story on a GoNintendo tip based on a local television broadcast that we’ve yet to uncover. I implore you to take it as rumor for now, but enjoy yet another potential Nintendo lawsuit from someone looking to get a healthy paycheck from the console manufacturer.

Thanks, for the heads up tipsters!