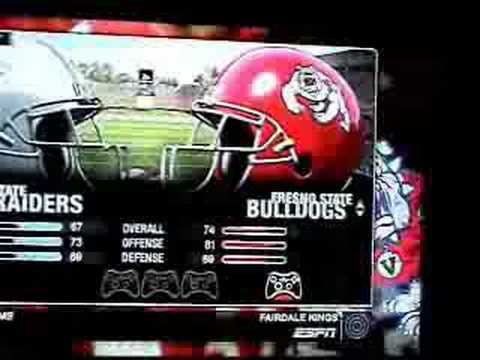 About two weeks ago we reported that this is crunch time for the independent roster editors for NCAA 09, which goes to the street today. But as this video — of NCAA 09’s roster screen — shows, using a third-party edited file can can corrupt a team’s depth chart and its overall rating, if not delete the team entirely, until EA can patch the game.

For roster editors, this is a setback in a niche that has prided itself on near-instantaneous turnaround of complete roster files by the date the game drops. EA, we’re told, is working feverishly on a patch to resolve this problem. But for now, anyone who downloads any roster file should avoid editing it; and those who do choose to edit it should do so offline, as doing so online risks corruption and can crash the game, according to our source.

Conversations with that source tell of an entire, crucial weekend of work essentially lost. One early-bird editor, working off of a devkit and not a final copy of the game, already got a file out through EA Locker. Other roster editors used it as source for their own files, and discovered the glitch. Even though the original author removed that file, there is still some residual viral spread that could affect unwitting others. It and anything going around right now should be considered suspect until the game is patched.

“I was assured that when I release my rosters on Friday there shouldn’t be any problems wth them,” one editor, who demanded anonymity because of a close, unofficial relationship with EA, told Kotaku. A day-three release of a custom roster file was, to now, considered very late. Now it’s the earliest that a reliable file can be produced.

The corruption — and this could be a total shot in the dark — appears to involve nonstandard ASCII characters in certain players’ names in the roster file, such as the infamous A’Mod Ned of Florida International, who memorably waded into a melee between FIU and Miami in 2006 on a pair of crutches. Indeed FIU is one of several teams that go missing, for inexplicable reasons, after changes are made to a roster file that was already created and shared by one editor. While that editor has already removed the file from EA locker, others who downloaded it continue to send it to friends unwittingly.

If you intend to game with custom roster files on NCAA Football, you probably should not use them until you see that the game has downloaded a patch from Electronic Arts.