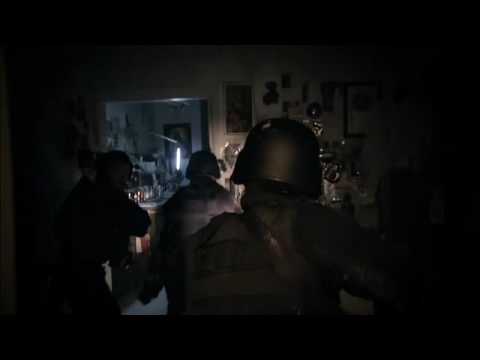 Spanish horror film REC 2, the sequel to 2007’s excellent REC, is another exercise in claustrophobic horror.

While the prequel was heavy on the hand-held camera, REC 2 employs camera mounted on the soldiers’ helmets. It’s a bit like watching a first-person-shooter.

This is hardly a first — other movies have done this before. But REC was quite effective in the scary department, so we’re willing to give REC 2 the benefit of the doubt before jumping to conclusions. The upside? It should be easy to make a game version of this flick.