Nvidia Has Explained What Happened With The RTX 3080’s Launch, And... 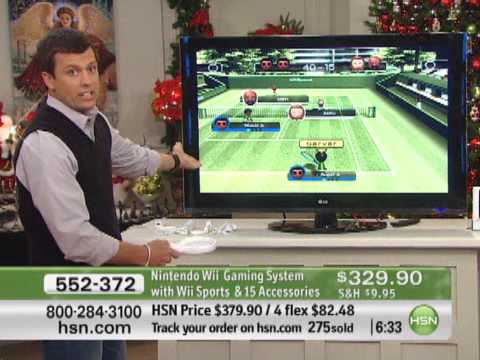 That infamous “Mama!!!” video where the Wiimote destroys the flat-screen has been endlessly debated: staged or real? In this, it’s safe to assume the Home Shopping Network did not intend to smash its own TV showing off Wii Tennis.

Hand it to that guy, he does not deviate from the sales pitch after such a colossally embarrassing f—kup, even with his cohost laughing and, no doubt, a production crew trying to keep it together. And hats off to the director who switched over to the b-roll while they got the pitchman positioned perfectly in front of the TV to cover up the scar the Wiimote left.

Now, $US329.90 for a standard Wii bundle and a doubled-up set of peripherals? That’s a tragedy. Especially since they pretend it’d retail for $US379.99.