Section 8 Makes With The DLC 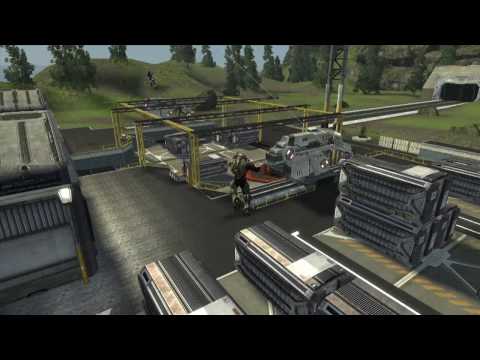 Four months and change after SouthPeak Games released it, and Section 8 is finally getting a dose of downloadable content. The Seek and Destroy Map Pack features three new maps - Devil's Backbone, Hornet's Nest and Azure Basin - each playable in Multiplayer and Instant Action modes. Devil's Backbone sees players fighting over an energy plant in New Madrid; Hornet's Nest takes place in a narrow valley on the planet Titan; and Azure Basin features battle in and around a hydroelectric dam atop a mountain plateau. They certainly sound scenic! Hopefully the three maps and extra achievements will be enough to drum up a little online competition in the game, as the server population for Section 8 has never been what you'd call robust.

Seek and Destroy is now available for both the Xbox 360 and PC version of Section 8 for 560 Microsoft points, or $US7 for those of you unwilling to divide by 80.