Hitler Stares Into The Memeverse, Sees Himself Staring Back 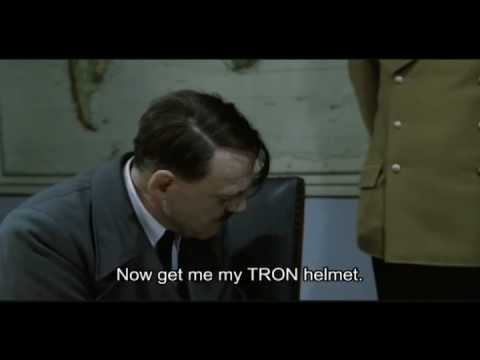 Of all the things that make Hitler angry, nothing angers him more than not being able to create a video of something making him angry.

Since the original Hitler video parody video hit YouTube, the führer has lashed out against everything from being banned on Xbox Live to not being able to pre-order Modern Warfare 2. You see, that’s his main problem – he’s not timely enough, so when he decides to make his own Hitler YouTube video, it’s far too late.

It may be derivative, but we’re big fans of metamemes here at Kotaku, so we can dig it. It’s like a snake eating it’s own tail, only not as outwardly disgusting.

Feel free to share your favourite Hitler rant in the comments section!