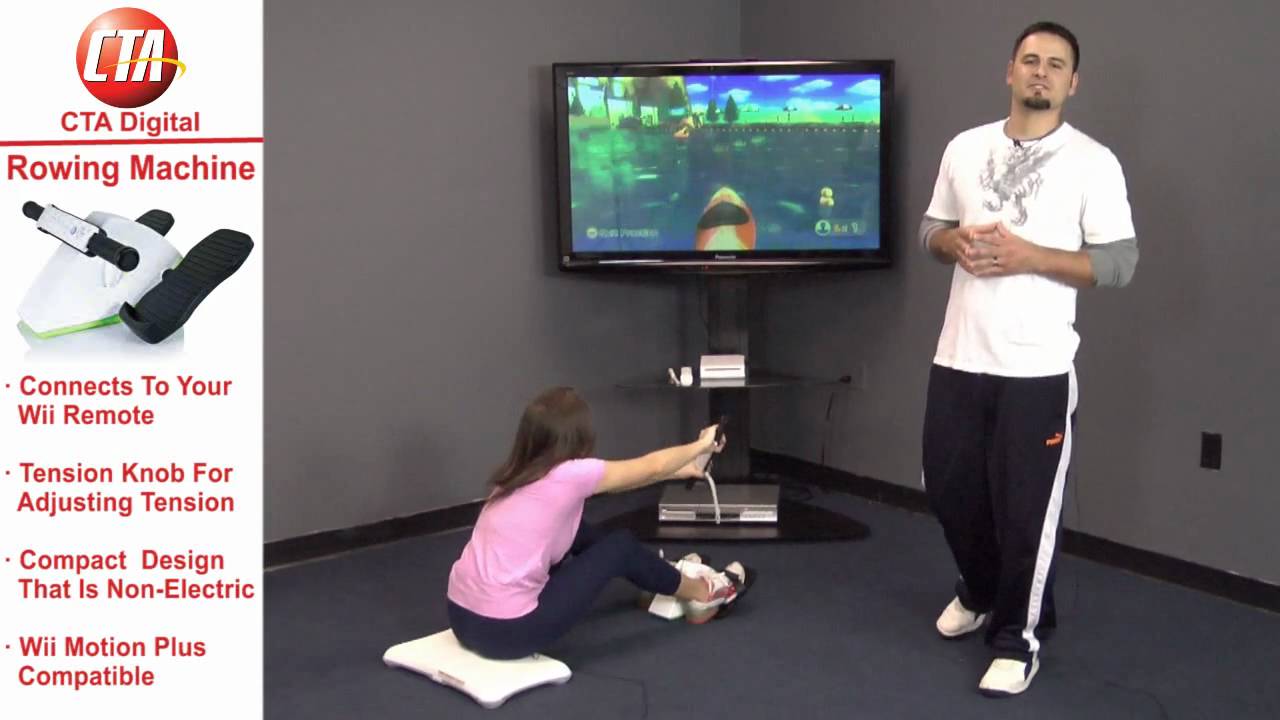 The brothers Markowitz at CTA Digital let Totilo inside their Wonkaland of Wii peripherals last November and promised they were working on some peripherals core gamers wouldn’t be embarrassed to use. Does a Wii Fit rowing machine attachment qualify?

Well, Doug and Julie, two fit and attractive young adults, certainly think so. Of course, they’re CTA Digital spokesmodels, so they’re paid to think so. The attachment has uses in Wii Fit, Wii Sports Resort and Jillian Michaels Fitness Ultimatum 2009 and 2010, and you can get it on Amazon if you have pronounced it cool and/or useful to you.