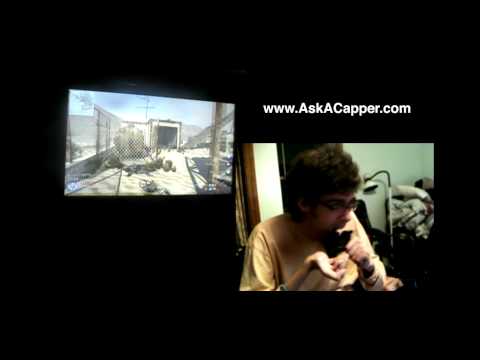 To many of us, custom button remapping in video games is a luxury, but for quadriplegic gamer Chuck Bittner, forced to control games with his mouth, it’s a necessity.

Bittner, seen here hating on the Rust map in Call of Duty: Modern Warfare 2, broke his neck in a car accident, resulting in total paralysis of his legs and partial paralysis of both arms. This makes performing normal actions, like playing video games, for instance, much more difficult than they normally are.

While Bittner’s comedy act may have benefited from the accident, his game playing has not, and while he does the best he can with what he has, he and many other handicapped could really use some custom button remapping right about now.

To that end, Bittner’s started a petition online, calling for either game developers to spend the time to build remapping into their games, or for the console manufacturers to build the functionality into their hardware.

It seems like a valid request to me. This functionality is already enjoyed by PC gamers around the world, so why shouldn’t consoles have that same functionality? After all, we don’t all have the resources to deign our own custom controllers.

I’m not a big fan of online petitions as a way to get goals accomplished, but they’re an excellent way to get word out. Consider the word outed.