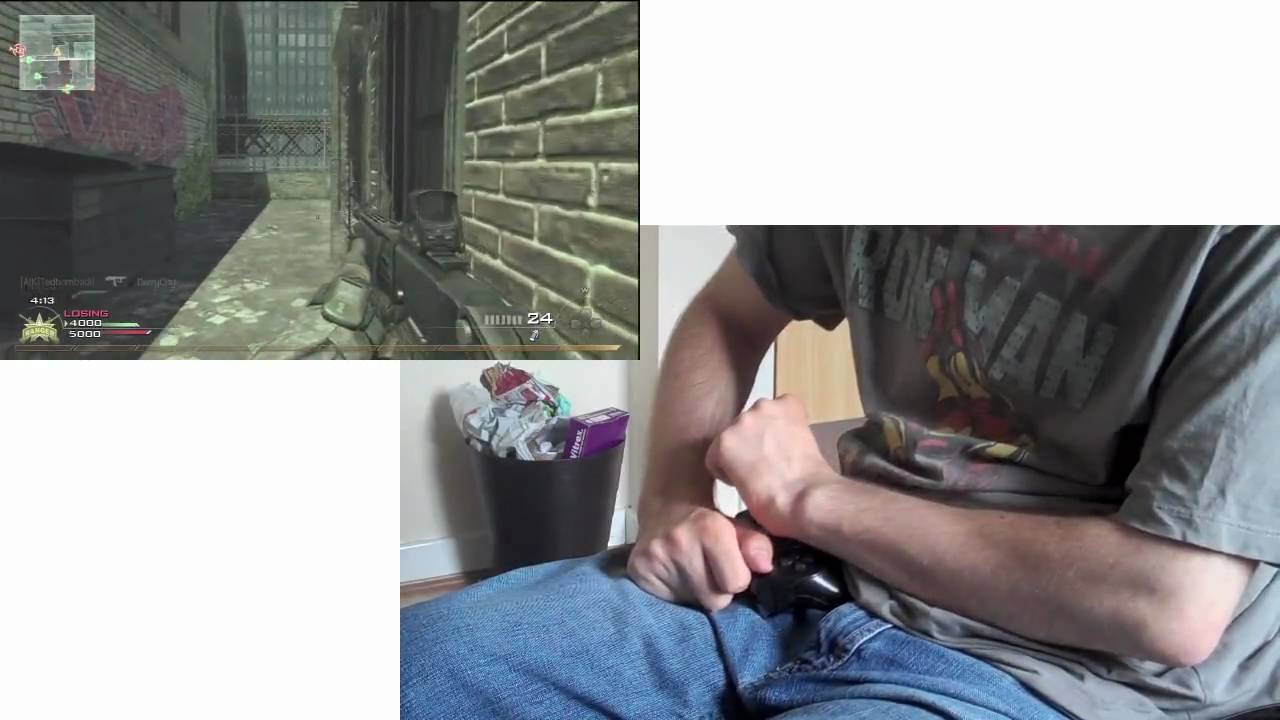 Iain Hanson, a 19-year-old from Scotland, broke his neck in a bouncy castle amusement four years ago, losing all function in his fingers. Still he plays Modern Warfare2 on the PS3 – better than I can, for sure.

Iain (his account on Twitter) writes that he broke his neck when he was 15, but the way his spine healed, he still has use of his arms but not in his fingers. (He says the muscles in his arms at the back are weaker, and his waist down is completely immobilised). “I get by fine with various techniques I have developed,” Iain says. “My brain is 100 percent intact, so having old ladies coming up to you in the street and talking to you like you’re a child is a little annoying. But I ain’t bitter.”

He says it took a while to adapt his range of motion to the standard PS3 controls, but through persistence, he’s made it work.

For MW2, I use my left palm or ball of my hand for the left stick, have to take my hand off it to use my thumb for the D-pad. I vary between using my right hand i a similar fashion for the right stick, and twisting my left hand over so I can aim while I shoot. I press L1 with my right index finger as I press R1 to shoot with the base of my thumb (kinda where it turns into a thumb from being wrist). For L2 and R2 I use my right middle finger whilst aiming the right stick with my left hand. For the buttons on the right I use my thumb, having to take my hand off of the right stick or trigger buttons.

So that’s basically it, that’s how I roll! (no pun intended) 😛

Faced with a similar setback I honestly wonder if I would have it in me to do the same. But Iain’s resolve to continue enjoying all the things in life that have made him happy, before and after his accident, is as touching as it is admirable.

How I Play Video Games With My Disability [YouTube, thanks Maakies, Matt C. and others]