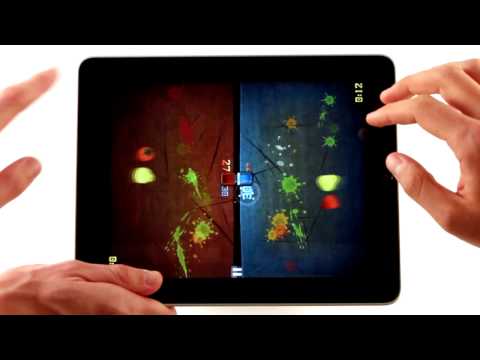 Fruit Ninja, the fruit slicing sim from Brisbane’s Halfbrick, has now sold over a million copies on iPhone and iPod Touch. To celebrate, Halfbrick has announced Fruit Ninja HD for iPad.

The iPad version, seen in the clip above, sports a simultaneous, split-screen multiplayer mode. Also, as cunningly hinted at by the revised title, high-definition graphics.