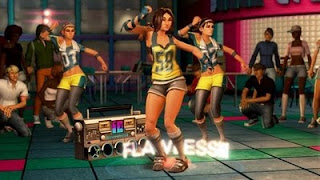 The Nintendo Wii launched nearly four years ago and it undoubtedly changed how we view and approach gaming. Even now, its influence is demonstrably strong on Microsoft and Sony. This spring, both companies are launching their own motion control hardware, wrangling in the remaining consumers eager to shake their dongle or their booty at the TV.

For some time now I have considered myself a motion control skeptic. The household Wii gets so little use, it has given me little reason to believe the PS Move of Kinect will herald in the dawn of a new age in interactivity. After seeing the merchandise at this year’s E3, and given some brief hands on (and off) time with both devices, my opinion has swayed. Motion controls interest me not for the stellar “hard core” titles in the works, but for the possibility they mark a growing trend in normalising public play.

One of my problems with motion controls is their disconnect between their marketing and their actual purpose. Sony and Microsoft would have us believe the Move and Kinect are technological advancements, leaps forward along a linear progression for the game’s industry. At long last, the future is nigh upon us and its name is what exactly? Do these devices solve a long established problem for gamers? Have we been tragically confined to the counter-immersive system of buttons? No, of course not. For the vast majority of current gamers, the status quo is working just fine. 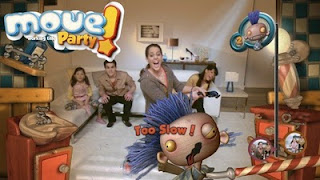 We should call the Move and Kinect what they are: as of yet untested methods of interaction with digital realms, just two among many. They are optional and on occasion, like all input methods, completely superfluous. There will certainly be great games that require motion tracking, but they will not replace or define the industry. Sony seems keenly aware of this fact, and many of the titles that will feature Move compatibility will also include non-Move options on the same disc.

Accessibility is a buzzword around motion controls. By responding to an individuals bodily movement instead of their dexterous fingers, newcomers to gaming may find the systems more hospitable. This is a silly idea. One, there are already a large catalogue of “noob” friendly games designed with that purpose in mind. It is actually a bit insulting to presume your non-gaming friends are so absurdly ignorant that only waving their arms about in front of the screen will allow them to enjoy gaming. Secondly, there are serious accessibility concerns with this new hardware. We know little about how well the Move and the Kinect can pick up subtle movements from less-abled players. There are even doubts Kinect can recognise someone sitting down – sad news for those unable to stand on their own. 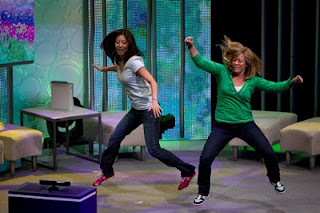 Accessibility is increased, however, with two elements of motion control: transparency and public play. Put simply, anyone unfamiliar with gaming can see how an individuals actions correlate to on-screen action. Most importantly, it normalises a form of public recreation. At E3 I saw grown adults, many in work attire, happily flailing about with plenty of strangers watching their every move. They were playing, in public, and did not seem even slightly self-conscious. I do not think this behaviour would be so readily accepted ten years ago. The Move, and the Kinect even more so, widen the visible space and lay bare the act of play for its own sake.

Both motion controls are in some ways targeted towards an adult audience. Stuart Brown, the founder of the National Institute of Play and an expert on the science of play, affirms the notion that adult play, unattached from specific goals, is necessary to maintain a healthy lifestyle:

“Adults, for example, who have either forgotten or lost its joys, or put play in their back pocket, are people who, as a result of their own adult play deprivation regardless of how much play they may have had as kids, will be rigid, narrow in their thinking, brittle in their response to stress, and much less open to handling the curve balls life throws us.”

Humans are inclined towards play, even as adults. Too often we ignore opportunities for play, or convert play opportunities into competitive and goal oriented tasks. Keeping monthly totals for how long you have walked may help you maintain an exercise routine, but it might also sap the activity of playful vigour. Opening up public space for play is incredibly valuable in fitting play into our schedules, which is why I liked Artist Bruno Taylor’s installation of a swing set at a bus stop (top). Public play space reminds us to take a break now and then. Motion controls offer the possibility of normalised recreation, among friends and in our own home, widening and creating new venues for play, especially for non-gamers.

Dance Dance Revolution exposed entertainment years ago, but now games like Dance Central from Harmonix may openly display revelry to a wider audience, thereby encouraging participation. Harmonix also continues to accomplish this with Rockband, getting people to sing in front of their friends loudly, openly, and with only a little bit of shame if any.

Converting your living room into a stage may have a lasting affect. Maybe someone more comfortable performing in front of friends, will find themselves performing better in other social situations. Maybe someone willing to “drop it like its hot” in Dance Central will more easily overcome stressful situations at the office. Even without a wide range of must-purchase software in the near future, we should look forward to the unforeseen consequences of normalised public play. Motion controls may not change the games industry, but they might just change how we all incorporate play into our day-to-day lives. Now that is a prospect that will get me moving.

Jorge Albor is the co-creator of Experience Points, a website dedicated to the serious, but not humourless, analysis of video games and culture. He and his fellow co-creator, Scott Juster, strive to find a happy medium between the academic, real, and virtual worlds by producing written features and a weekly podcast.