Every year at the Penny Arcade Expo, attendees get to share their design concepts at the "Pitch Your Game Idea" panel.

If you listened to Robert Ashley's most recent episode of A Life Well Wasted you know nearly every gamer has an game idea. The vast majority of them are utter garbage. For those serious about shopping around their creation, the PAX judges suggest you refrain from revealing your design plans - someone might just steal your idea and incorporate it into their own game. For David Shields, author of Reality Hunger: A Manifesto, such piracy might actually be a good thing. Maybe the games industry needs more development piracy.

While Shields's work is in regards to the novel, his thoughts on the thin border between plagiarism and artistic works are interesting. In a recent Wired interview, Shields elucidates his belief that "writers should feel free to commandeer one another's words and ideas". So passionate is his conviction that he constructed his own work "using hundreds of lightly attributed quotes and paraphrases". When asked if using another's words is akin to "taking their fruit and throwing away the basket", Shields had this to say:

Um, isn't the fruit what we want? Who cares about the basket? I suppose the argument is that by radically decontextualising the passages, I'm remaking them so thoroughly as to violate the original context. That's the whole point. Art without risk or danger or transgression never stays news, I assure you.

By snagging ideas from others, artists can save themselves time and money, contribute to a widening pop-culture conversation, and create a fresh work of art every bit as valuable as an wholly original product. Musical mashups prove ingenious creations can be birthed from existing works. Indeed, such artists as Danger Mouse and Pogo are known for such creations.

In many ways the games industry is already an open realm of free ideas. Jay Pavlina designed a video game mashup with his Super Mario Bros Crossover, which allows you to play through the original Super Mario Bros as characters from other Nintendo games, such as Samus, Link, Mega Man. Similarly David Kraftsow redesigned the original Tetris to rotate the player's point of view instead of the pieces in First-Person Tetris. Both designers took existing games and innovated upon them, creating an altogether different and enjoyable medley.

While big studios are less obvious in their procurement of ideas, concepts spread across the medium regardless. Valve created Portal after employing the development team behind Narbacular Drop, the game's spiritual predecessor. They also hired the devs behind Tag: The Power of Paint, who undoubtedly inspired Portal 2's new paint mechanic. While completely legal and beneficial for everyone, Portal's lineage will all but disappear for the average fan. One of the most anticipated games of all time is partly built upon the ideas of others.

The normative game mechanics we love, and love to hate, spread invisibly but persistently. Any game with a cover mechanic exists because of games like Kill.Switch, Gears of War and Metal Gear Solid. Likewise anyone who does not see God of War screaming out of Dante's Inferno is blind or works for the EA marketing department. 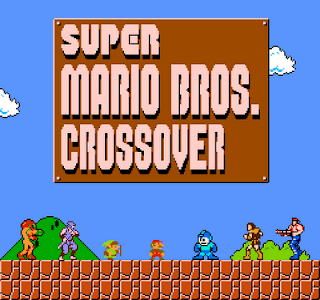 Given a base of inspiration, any number of innovations can grow. This is partly the logic behind the open source movement. The Half-Life engine has spawned fantastic mods, including Dear Esther. Warcraft III spawned defence of the Ancients, which in turn spawned League of Legends. The developers and marketers behind the Humble Indie Bundle were hoping for similar success when Gish, Aquaria, Lugaru, and Penumbra Overture all pledged to go open source. In the hands of talented individuals with a knack for mechanical mashups, any number of great ideas can be born.

Open source, generally, gives access to the game engine while game content is still protected. Shields might suggest we broaden what we understand as acceptable "borrowing behaviour". While I do not condone all out theft of intellectual property, I am inclined to agree with him. In a litigious games industry, sampling another's work can be a frightening endeavor. But is it such an alien idea?

Mashups seem so much easier to create in music and literature. In a book a mere footnote might suffice, yet borrowing an entire game mechanic from another development studio and thanking them in the end credits might not. If developers more openly share their work, maybe even their code, who knows what clever studios could create. Like Shield's take on Pogo, maybe indie developers should take, recreate and do "what artists have done throughout history - use, reuse and abuse previous works to create [their]own."

Jorge Albor is the co-creator of Experience Points, a website dedicated to the serious, but not humourless, analysis of video games and culture. He and his fellow co-creator, Scott Juster, strive to find a happy medium between the academic, real and virtual worlds by producing written features and a weekly podcast.