The Games That Made Me 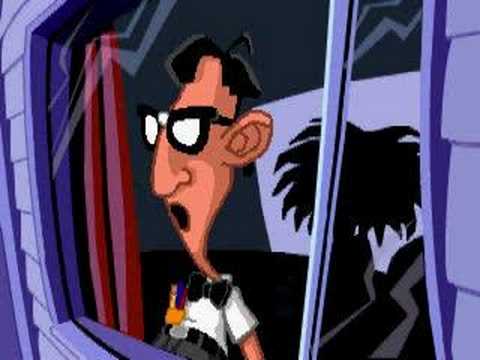 Last week, Luke detailed the games that made him, a list in which retro staples like Mario, Mega Man and Castlevania were sidelined in favour of numerous quirky C64, Mega Drive and DOS titles.

I thought I’d do the same. I’m a little bit older than Luke, but we share an ignorance of the NES and a love of the home computer. He stopped at age 13/14, but my list continues a bit longer into my late teens in the early ’90s. These, then, are the games that made me.

Colossal Cave (PC)
Yes, you’re going to watch a video of someone else playing a text adventure. And you will do it in order to appreciate the first computer game I ever played.

The Ancient Art of War (PC)
My first taste of strategy gaming – in fact, I reckon it was pretty close to the first ever real-time strategy game way back in 1984. This VGA version would have astonished by 10-year-old eyes accustomed to the gaudy pink and blue of the CGA graphics, but you can get a sense of the depth on offer through supply lines, formations and the importance of terrain.

Bruce Lee (C64)
There were better platformers around in the mid ’80s, but the one I played the most was Bruce Lee. Being able to play it co-op with my sister helped, but I think I was hooked when I first opened that trapdoor in the second screen and realised there was a whole underground world to explore.

Doriath (C64)
You’ll have to skip ahead to 4:11 in this clip to catch what is apparently the only glimpse of Doriath available on Youtube. Its rarity, however, belies its quality as one of the era’s finest action adventures. I didn’t play Metroid until years later; Doriath was my Metroid.

Ultima IV: Quest of the Avatar (C64)
Ahhh, that music! And instantly, I’m transported back to Britannia. With its enormous world to explore, dozens of characters to talk to and loot to collect, Ultima IV was the game that made me a role-player. But more than that, it presented a world resonant with culture and ethics like no other RPG before it.

The Bard’s Tale (PC)
At the same time I was gaining a deeper understanding of virtue from Ultima IV, I was hacking and slashing through the dungeons and temples of Interplay’s primitive but addictive RPG. It did freak me out a little that both games had a town called Skara Brae.

Geoff Crammond’s Grand Prix (PC)
Despite playing through several full race length seasons on the game’s highest difficulty level, I honestly do not remember the hilariously jaunty intro seen in this clip. Despite the idiotic driving you’ll also see in this clip, Geoff Crammond’s sim series was as authentic as you could hope for at the time. Perhaps that’s why it cemented my love of the sport of Formula One over and above racing videogames.

Civilization (PC)
It’s terrifying to think of how many hours I’ve put into this and various other iterations of Civ over the years. I’ve never been a big strategy gaming fan, beyond Civ and its turn-based ilk of Master of Orion and Heroes of Might & Magic, but I’d credit Sid Meier’s game for kickstarting an interest in history and politics that has endured to this day.

Day of the Tentacle (PC)
This was LucasArts at the height of its point-and-click craft. Not just the funniest of their graphic adventures, but the tightest, too. The manner in which the puzzle design threads three characters in three timezones in the one location is simply masterful. I’m not sure I’ve ever truly enjoyed a point-and-click adventure since, as each one has failed in some way in comparison to the mighty Day of the Tentacle.