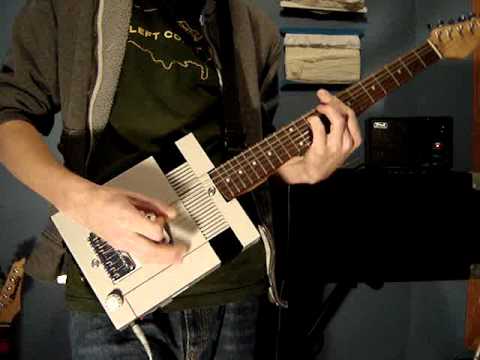 Here’s a late entry for the Christmas shopping list: an electric guitar made out of an NES. It’s $US150, though currently its maker only has one in stock.

You can get it through GetLoFi.com’s web shop, according to the caption on the YouTube video. “The signal is routed through the LoFi Fuzz into a portable amp. The Power button on the NES body is connected to a tone capacitor ( cuts the high end ), the low-end signal is processed more distorted/fuzz like. The Blinking Red led is superfluous. Volume knob, strap buttons, etc.”

The guitar costs $US150. “Features a standard neck with a hard-tail bridge. Single coil pickup with volume control and an output jack. (Note: Each guitar will be slightly different with constant improvements to the design).” They’ll make more to suit demand, or until they run out of NES cases, I suppose.