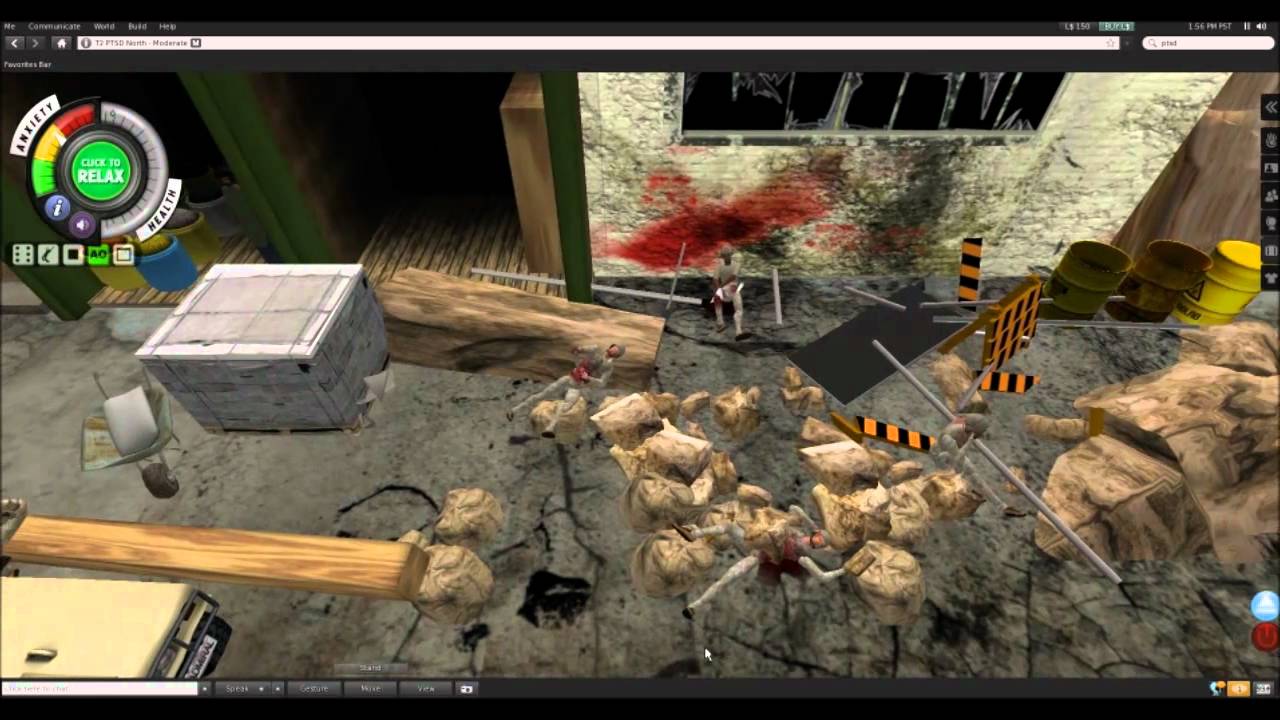 The Humvee drives down a crowded street in a foreign land. A child waves. Merchants display their wares. Suddenly soldiers raise their rifles as a suicide bomber runs into the street, detonating his lethal package. This is virtual PTSD therapy.

This graphic simulation of a suicide bombing is part of a program launched earlier this week by the United States Department of defence that seeks to give soldiers a place to anonymously learn about the symptoms of post traumatic stress disorder and its treatment within a virtual world. In this case, the virtual world is Second Life.

“I have seen too many warriors who come home from a deployment and silently suffer for years before they get help,” said Greg Reger, a clinical psychologist and acting chief of T2’s Innovative Technology Applications Division.

The particular simulation I recorded above is from part of the program that educates visitors on how PTSD develops in an individual, going into painstaking detail as to how seemingly unrelated bits of scenery can become triggers for the disorder.

Upon first entering the Virtual PTSD Experience a calming voice describes the goals of the simulation, and visitors are urged to grab a virtual heads-up display that tracks levels of anxiety based on the activity currently being experienced. In the case of the suicide bombing, the anxiety level was quite high. Hitting the ‘relax’ button transported me to a safe area, with calming sounds and visuals to sooth me and the number for the suicide hotline, should a visitor be pondering the worst.

From the suicide bombing in the market, visitors can go on to a virtual trip back to the U.S., visiting malls and other places with the potential to trigger PTSD. It’s a safe way for suffering soldiers to test their limits, while offering support more substantial than one would find in a simple internet search.

“We created an environment that lets people learn by doing, rather than reading text and watching videos on two-dimensional websites,” said Kevin Holloway, the psychologist who led T2’s virtual world development. “They can learn something new each time they visit.”

Will the centre be effective? I’d say that if one person suffering from post traumatic stress disorder learns even a little more about what they’re suffering from then this virtual experiment is a success.

“We do wonder about the potential in this space to really get some of these folks connected with each other in a meaningful way that might be helpful,” Reger said. “That’s what we’re here to do, to find new solutions.”