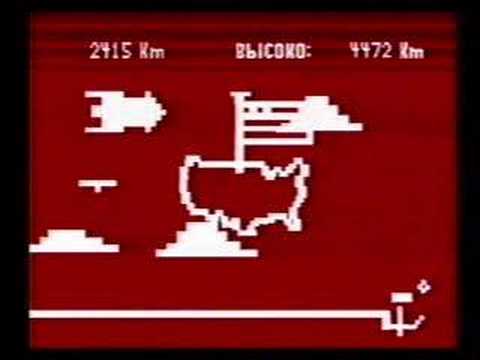 The folks behind Alien Hominid HD have a little Freudian present for you iPhone gamers out there.

Developers The Behemoth are in the process of turning Super Soviet Missle Mastar, a mini-game hidden in Alien Hominid HD, into a free iPhone title. Complete with big white phallic missile, capitalist pigs and a US-shaped target, all depicted in glorious Russian-era 8-bit graphics.

The best part? No, it’s not a chance to blow up capitalist pigs, it’s that you can do it for free, if Apple doesn’t take offence.