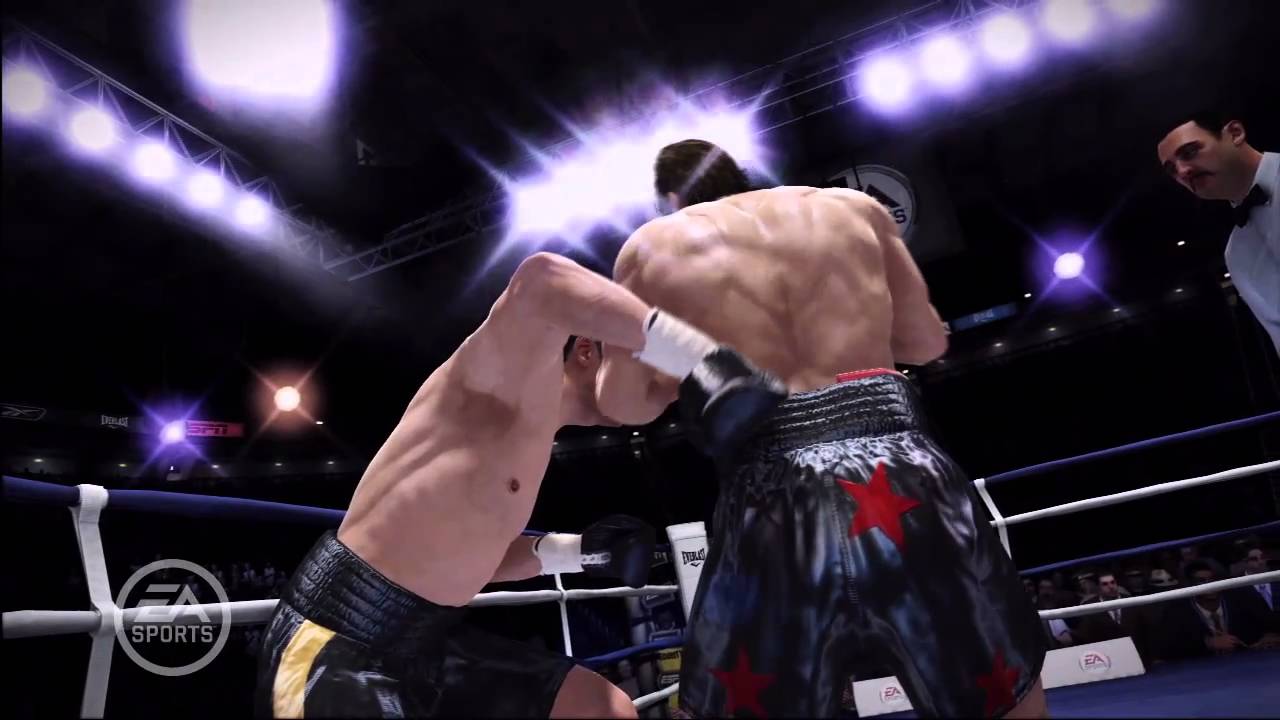 Wanna watch Cristobal Arreola’s gut ripple when Mike Tyson slams him with a righthand missile the midsection? Pick up Fight Night Champion. It’ll bring that, plus a lot of blood.

Tommy Morrison looks like he tried to hang drywall with his face. Miguel Cotto looks like he french-kissed a bandsaw. Hey, how many metaphors can I wing off here? But Ali’s still pretty, baby.

With the cussin’ and prison violence of Champion Mode meaning Fight Night was going all in for an M-rating, clearly EA Canada didn’t want to waste the opportunity of getting rawer in the main game.

Fight Night Champion comes out March 1, which will be one of the biggest months in sports gaming in recent memory. MLB 2K11 and MLB 11 The Show land on March 8. Then Tiger Woods PGA Tour 12: The Masters arrives on March 29. Plus all that time you’ll be spending watching the conference and NCAA basketball tournaments. Plus Major League Baseball’s Opening Day is the 31st. Hold all my calls until May, please.