Illegal Fireworks Bring A 360 To A Ceremonious End 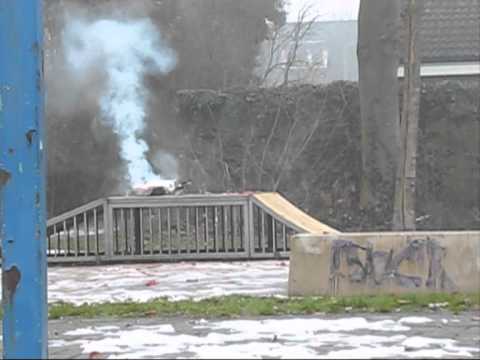 One week ago, a red-ringed Xbox 360 met its fate under a firing squad from Kansas City. At the same time, a frustrated Dutch demolitionist packed his malfunctioning console with an illegal Italian pyrotechnic, the Cobra 6.

I don’t know the exact size of the charge here, but as you can see in the video, that ain’t no Black Cat. What’s most curious to me is not the destruction of the console but all of the background explosions you hear. Sounds like this was done in a war zone.

Note: Stuffing illegal fireworks in your console will violate your warranty. Don’t do it.