Red Faction Armageddon And The Beauty Of Reversing Chaos 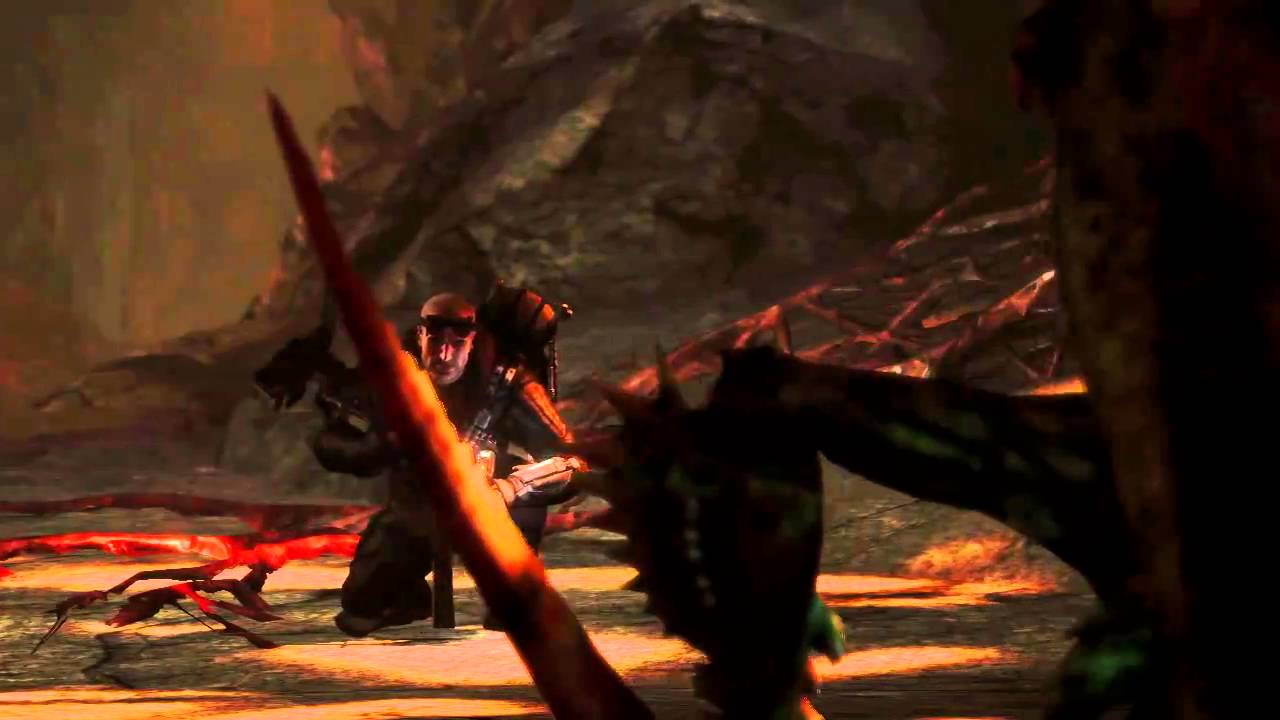 It is often more fun to destroy than it is to create. Many of us realised this when we were young, when we played with Lego sets or made sandcastles. Scores of video games endorse this philosophy.

The new Red Faction most magically does not.

In New York last week, representatives from the company making the upcoming Red Faction Armageddon let me play their game. For this series, one might as well they say that they let me take a hammer to it. That would be a good thing, because there was nothing more spectacular in the last Red Faction than wrecking the industrialised, colonised Mars its creators had built.

Perhaps the joy of repairing what was broken is what satisfies a mechanic who fixes beaten cars or excites the successful practitioner of a challenging surgery.

You get a sledgehammer again in Armageddon,a new linear adventure set on Mars with the hero in the role of heroic fighter this time rather than heroic insurgent. You can still knock through a wall, smash down a tower or pulverise almost any other people-made structure in the game. You can lob charges at these things and press a button to detonate them and begin a waterfall of debris. You can fire a new singularity gun that shoots a small black hole that sucks together the objects and hapless enemies surrounding it. You can zap each beam and panel of a building one by one with a special dissolving gun, a weapon that one could use in the last Red Faction game to collapse a bridge one subtracted strut at a time.

But what a joy it is in the new Red Faction to mend things. What a treat it is to reverse chaos.

At any time in the demo of Armageddon, I was able to raise the hand of the hero I controlled and have him restore the ruins that I or other computer-controlled characters in the game had created.

In a firefight, I could blow up a catwalk to kill a villain, then walk to the catwalk, arm extended, and watch it magically reconstruct itself.

To fight a vicious spider-like boss, I could hide behind cover, shoot, cower from return fire and then respond to the destruction of the boxes I hid behind by using that restoration magic to make those boxes reassemble.

The pace of repair is beautifully swift in Red Faction, as if watching a snowman somehow unmelt from puddle to Frosty in about four seconds.

The repair power is one of two great powers features in the Armageddon demo I played. This one has been transported from the previous game’s multiplayer mode and offers the visually and tactically appealing promise that what goes down can also go up. It’s a welcome inversion in a series that already allowed so much excellent chaos.

This magnet gun is essentially giving the player the ability to make any two metallic objects in the world smack into each other, flying across game’s big world.

The other great move in Armageddon involves magnets, however they work. The player has a magnet gun that is best fired twice in close succession. The first shot tags a target, say a barrel far in the distance. Consider wheeling the lead character around and shooting the second shot at the top of a tower. A special magnetic force kicks in as the barrel hurtles toward that tower top. The closest thing I’ve seen to this move in any other video game is the double-ended grappling hook in Just Cause 2. This magnet gun is essentially giving the player the ability to make any two metallic objects in the world smack into each other, flying across game’s big world. It’s fantastic.

Armageddon is very different from Guerilla. The older game was open-world, a sort of destruction-focused Grand Theft Auto on Mars. The new game mostly occurs underground in a linear path, though its designers say this actually liberates them to provide more visual variety than the red surface of Mars would. They can do levels that are coloured green or white. Their cave ceilings are high, and the developers lament that maybe they should have referred to them as caverns so people wouldn’t fear that Armageddon would feel claustrophobic. Being underground, the developers told me, also lets them put more destructible objects high in the game world – on ceilings and high on walls, which adds to the tactical options in combat.

The new weapons are wonderful in Armageddon, and the move to an underground adventure seems less limiting than I’d expected. The claustrophobia isn’t absent though. In fact, it emerged at one unexpected moment when the demo climaxed by letting my guy get into one of the series mech/exo suits. In the previous game such a moment would have felt empowering, letting me deliver destruction across a broader horizon. Underground, in what seemed like Red Faction Armageddon’s version of Chinatown, being in the exo suit made the game suddenly feel cramped, lacking in headroom. I wanted to get out of the suit, stop firing its missiles and start swinging my hammer. I wanted to knock things down, and then build them back up again.

Red Faction Armageddon will be out in May for the Xbox 360, PlayStation 3 and PC.