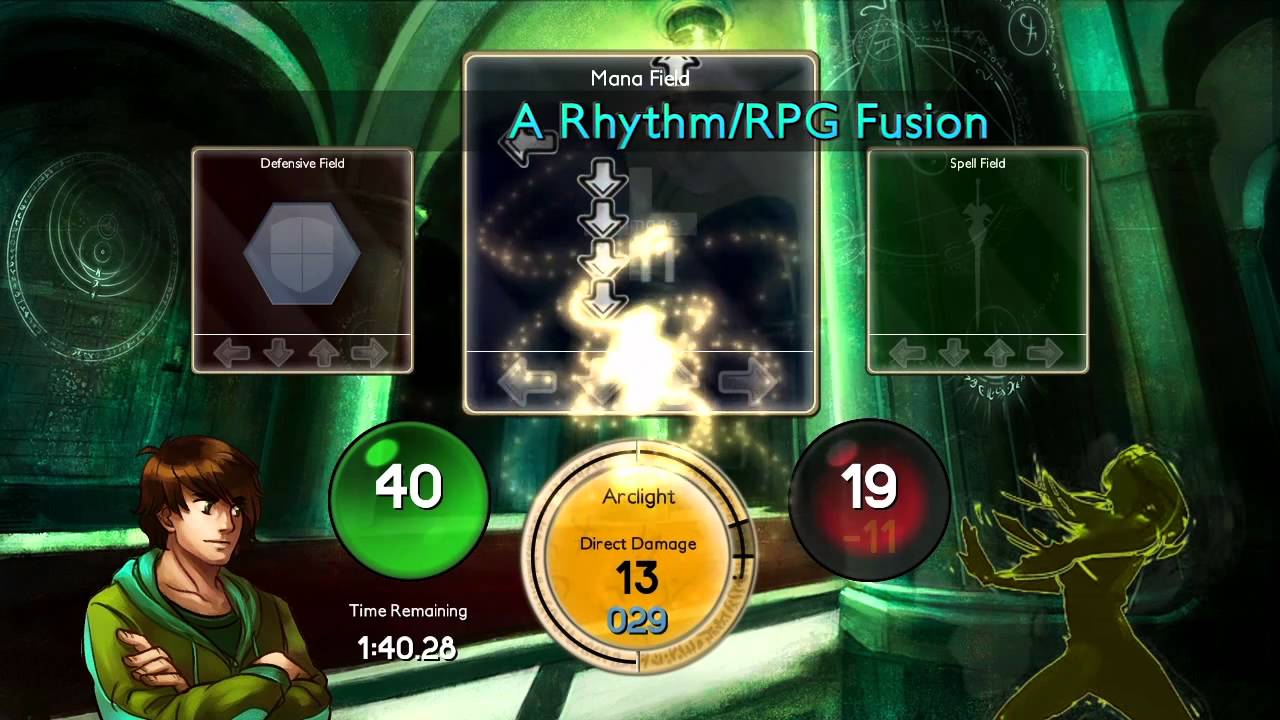 Puzzle Quest taught us how to cast spells by matching brightly coloured gems. Iridium Studios’ Xbox Live Indie game Sequence will teach us how to wield the awesome power of dance.

Due out in March in Xbox Live’s indie games section, Sequence combines the rhythm action of Dance Dance Revolution with the magic and combat of a classic role-playing game. While players still get to futz about with character customisation and inventory management, when it comes time to fight, it’s time to dance.

I suppose you could press buttons, but as you can see the trailer shows arrows, and arrows scream dance mat.

The game boasts 10 hours of gameplay, 80 minutes of recorded dialogue (though perhaps not the highest quality recorded dialogue), and 26 musical tracks created by Ronald Jenkees and Michael Wade Hamilton.

While the concept is a little goofy, I’m intrigued by the notion of a role-playing game that makes me sweat. I just hope I don’t have a heart attack during the final boss fight.

Look for sequence in March from Iridium Studios.