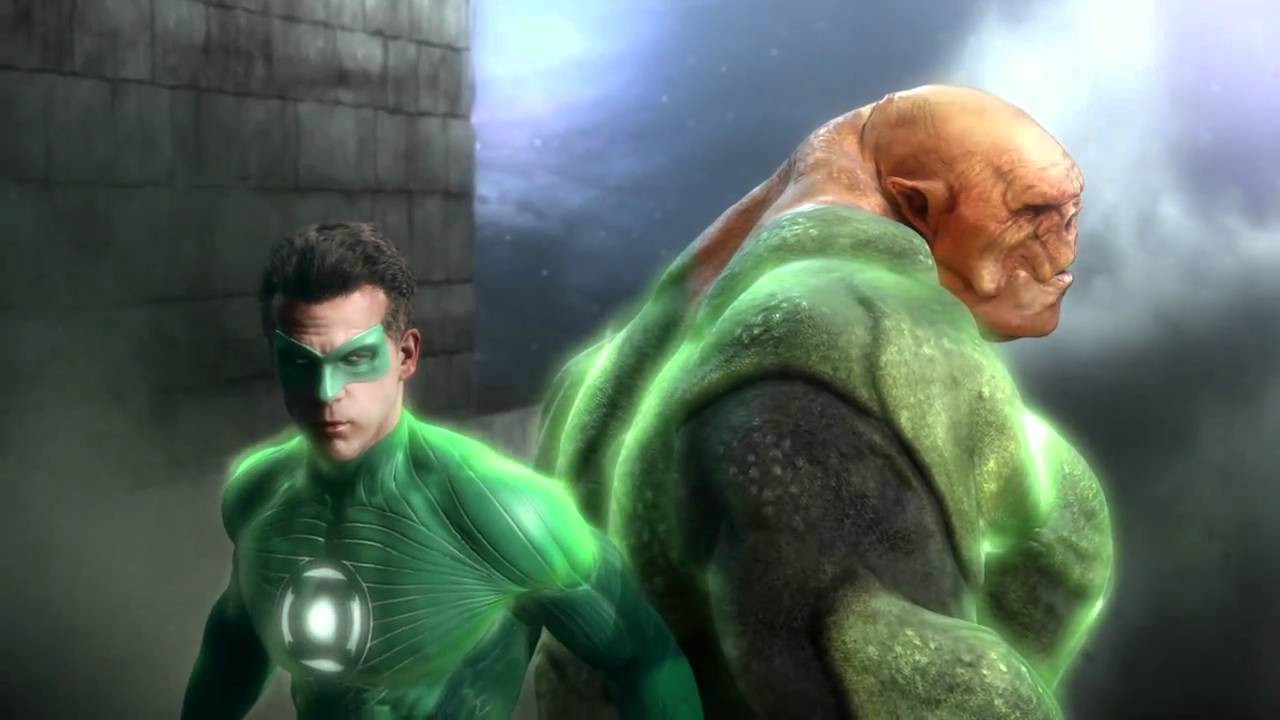 While real-life Ryan Reynolds looks a tad bit goofy when donning his computer-generated Green Lantern super suit, the video game version of Reynolds might just be able to pull it off.

While I’m still holding out hope that the live-action Green Lantern movie will be a runaway hit, every time I see Ryan Reynolds glowing green it kills a little bit of that hope.

Developer Double Helix games seems to be faring better with the video game incarnation of the emerald warrior in Green Lantern: Rise of the Manhunters, due out this (northern) summer for the Xbox 360, PlayStation 3, Wii, DS and PSP. Ryan actually looks more nature in CGI form than in real life, which is a pretty astounding and somewhat depressing feat, at least as far as the star is concerned.

Of course, this is CGI, and the real game won’t look anything like this, but who knows? Maybe the game will wind up better than the film for once.