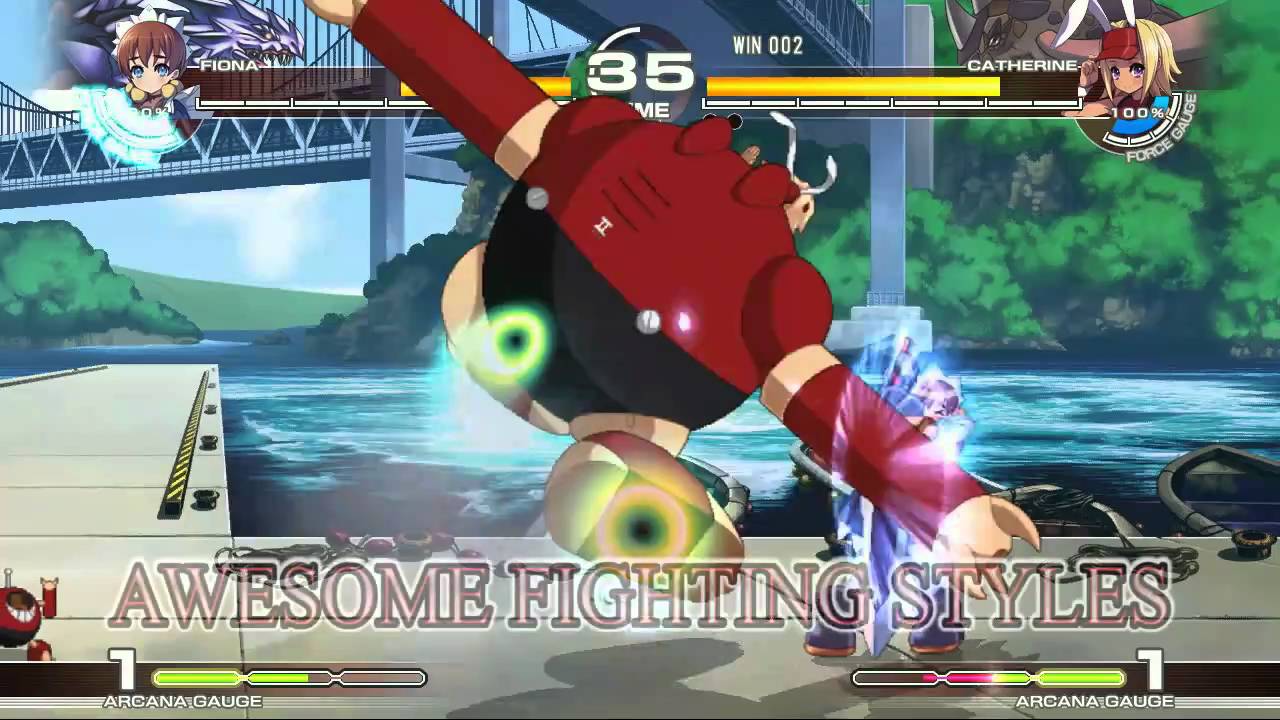 Twenty-three fatal and furious female fighters battle for the fate of Japan in Arcana Heart 3. The all-girl fighting franchise returns to North America this spring on the PlayStation Network, complete with full-featured online multiplayer.

North America hasn’t seen hide nor hair of the Arcana Heart series since Atlus released the PlayStation 2 version of Arcana Heart in back in 2008. I loved it, despite getting my arse kicked by it, and I’ve been craving more ever since.

Aksys Games feeds my hunger this spring with Arcana Heart 3 on the PlayStation Network. The series trademark fighting-style swapping Arcana system is in place, with 23 girls fighting over the fate of Japan as we know it, including three new combatants: Main character Weiss; Eko, a young girl who can breathe life into her drawings; and the mysterious Scharlachrot.

With full online multiplayer and a new simple mode perfect for beginning players (*gulp*), Arcana Heart 3 should be one sexy addition to the PlayStation 3 fighting game line-up.

I am nearly giddy with glee.