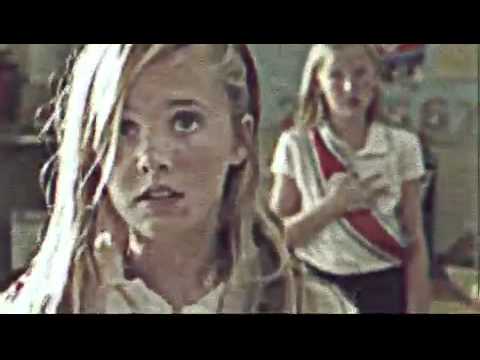 Homefront might be out – and not living up to the hype. But that’s OK! The game has a creepy Easter Egg.

Spotted by website Genuine Gamers, the Easter Egg can apparently be found during the second mission (checkpoint “Meet up with Rianna”). After entering an old school, some boxes sit in front of the far right wall.

Behind the boxes, there is a QR code that provides players with Homefront wallpaper and a classroom pledge video. The video depicts Iowa in the year 2027 and a classroom of children wearing sashes and saying a different kind of pledge of allegiance.