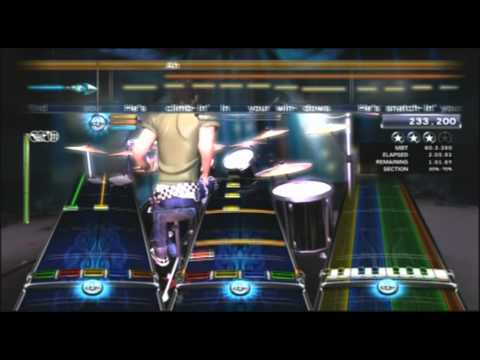 Antoine Dodson went full meme in late July; his local-news anti-crime rant was autotuned into “Bed Intruder” in early August. The Blue and Gold Marching Machine of North Carolina A&T State University performed it at halftime about a month later, and then Rock Band 3 arrived two months after that. Why has it taken so long for this game and that song to get together?

Here’s “Bed Intruder”, in the venerable rhythm game, which YouTube user KarioDudeRBN says will go up to the Rock Band Network soon. Not knowing who the user is or his connection to Antoine Dodson or the Gregory Brothers, I can’t say for sure that will happen. The Rock Band Network relies on its creative community to review songs for content and potential copyright violations. It’s not anything-goes.

So if it doesn’t come to pass, well here’s what Bed Intruder looks like on Rock Band 3, presumably on Expert. Enjoy. [Thanks Kristofer F!]