The Obsessive Streets Of Rage Remake Is Finally Finished 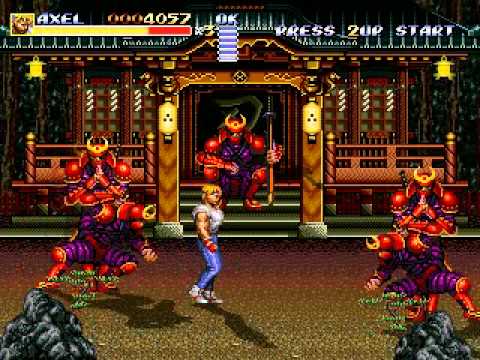 After more than eight years in development, the most complete, perhaps the most obsessive game in Sega’s Streets of Rage series has been released in its final form. The fan-made Streets of Rage Remake is finally finished and – best of all – free to download.

Streets of Rage Remake is an homage to the 16-bit beat ’em ups of old, a series that graced the Sega Genesis, Game Gear and Master System. The remake boasts impressive raw numbers: 19 playable characters from multiple Streets of Rage games; 64 types of enemies; 83 remixes of classic techno tunes; 103 stages in which to bust skulls, one kick, elbow or flaming uppercut at a time.

The Streets of Rage Remake project started way back in March 2003, according to its creators, with more than a dozen musicians and artists contributing to the project that brings the best of Streets of Rage games from the Genesis and Game Gear into one title.

Interested? You can grab the 218MB install file from the Bombergames forums, perhaps making a donation while you’re there.