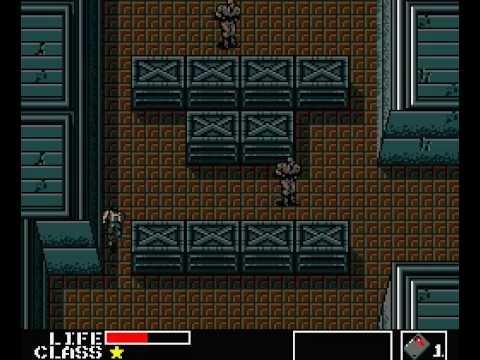 Microsoft and video games are a bit of a running joke in Japan these days. After a decade of trying (and failing) with the Xbox, the company just can’t seem to win the Japanese public over.

It wasn’t always that way, however. Indeed, in the 1980s, Microsoft produced a surprisingly successful games platform, one that would be the birthplace of one of video gaming’s great franchises. That platform was the MSX.

The MSX was not a games console. Instead, like similar machines such as the Commodore 64, it was an early home computer which could perform a variety of tasks (though later a cartridge add-on was released, blurring the lines between computer and console). The one we’re interested in, though, is the one it also became most popular for: its games.

The machine, which is apparently a rough abbreviation of Machines with Software eXchangeability (though there remains conjecture over this), was the brainchild of Microsoft Japan’s Kazuhiko Nishi, who was seeking to “unify” the home computer market like the VHS tape standard had managed to home entertainment.

He envisaged a computer platform that could be manufactured by different companies and yet retain software compatibility: a game purchased for a Sony MSX system, for example, could be played on a Philips MSX system. Microsoft’s contribution would be the packaging of MSX BASIC with every unit sold. While this is normal for the PC market now, it wasn’t in the early 1980s, especially in Japan, and Nishi’s idea proved a popular one.

First unveiled in 1983, the MSX soon became a popular home computer platform in Japan, and would also find international success in Korea, continental Europe and South America. Over the 1980s a number of successors would be released (MSX2, MSX2+, etc), each boasting slightly higher specs than the last.

Its failure to crack the American and British markets (already dominated by machines like the Commodore 64) is perhaps the main reason the system is largely unheralded in the English-speaking West, but its contribution to our gaming history is still a great one.

Why? Because the MSX’s popularity in Japan meant a number of original games were developed for it, including some key franchises that still live on to this day. Most famous of these is Hideo Kojima’s stealth series Metal Gear, which first appeared on the MSX2 in 1987. Yet it’s not the only one you may recognise.

Hudson’s Bomberman was a launch title, released first on the MSX in Japan in 1983. Puzzle classic Puyo Puyo made its debut in 1991 on the MSX2. And Konami’s well-loved shooter Parodius is another MSX exclusive, first appearing on the MSX in 1988.

The MSX began to slide in popularity by the time the 1990s rolled around, the success of 16-bit consoles, its ageing specifications and the rise of the PC all contributing to kill it off in both Japan and its other international markets. A planned MSX3 machine was never released, and by the end of its lifespan the MSX had sold around five million units.

While its games are what we’ll remember the MSX for, the manufacturers involved also mark the machine as something worth remembering, as it’s the first and perhaps last time we’ll see companies like Pioneer, Panasonic, Samsung, Sharp, Sony, Philips, Canon, Yamaha, Toshiba, Mitsubishi, Hitachi and Casio all put their names on the same machine, one which quickly became known as a gaming specialist.

Total Recall is a look back at the history of video games through their characters, franchises, developers and trends