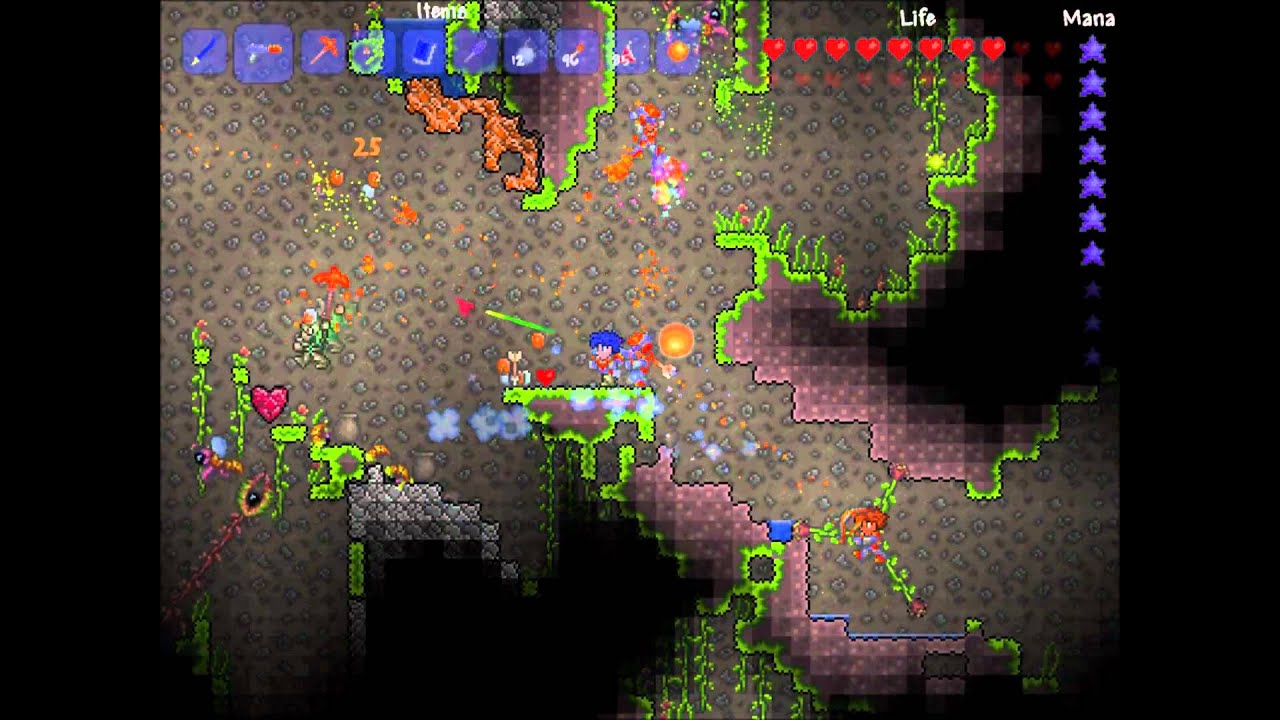 Forgive the crude comparisons to those two beloved games, for neither is perfectly adequate at describing what the upcoming Terraria is all about. Perhaps because Terraria looks nuts, an amalgam of exploration, world-building, action and adventure.

Terraria, releasing Monday for the PC, has regularly been compared to Minecraft for its similar approach to building and customising the environment, its emphasis on gathering raw materials, item crafting and nighttime invaders. But Terraria takes a 16-bit-style sprite-based approach and keeps things purely in two-dimensions, with graphics that would look at home on the Super Nintendo.

There also appears to be a much larger priority placed on more frantic action compared to Minecraft, with crazy weapons and accessories like jetpacks and grappling hooks mixing up the 2D multiplayer gameplay. You can see all of that in action in the official Terraria gameplay trailer above.

Questions? A long list of those may be answered at the game’s official site. We’re taking a look at it soon and can hopefully answer more.

Terraria is slated to hit Steam on Monday, with ports to iOS devices and the Xbox 360 currently under consideration. Thanks to everyone for the heads up!