Valve Turns To ‘Singleplayer-Plus,’ Not ‘No More Singleplayer,’ Says Chief 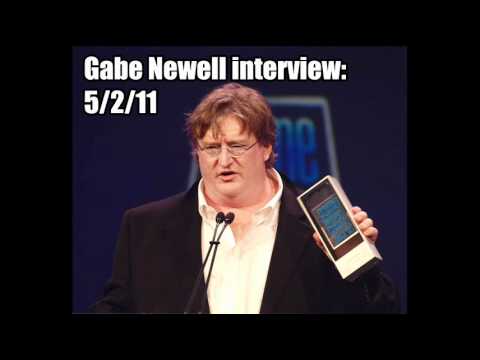 Practically anything said institutionally by Valve, or especially by its co-founder, Gabe Newell, is parsed for any potential meaning to the unannounced, eternally awaited Half-Life 2: Episode 3. So when Newell, in an all-access feature charting the development of Portal 2, said the game was “probably” the last one with any isolated single-player experience, Half-Life fans got really jumpy, given how story-driven that game is.

Newell sat down for an interview with a high school student who asked him to clarify those remarks. You can listen to the entire interview in that video above. It touches on many interesting subjects, but regarding single- vs. multiplayer, here is what Newell said, verbatim:

I think what we’re trying to talk about is the fact is not that we’re not thinking about single-player games-Portal 2 I think is a pretty good example of what we’ve learned over the years in terms of how to create those [single-player]experiences.

It’s more that we think that we have to work harder in the future. That entertainment is inherently increased in value by having it be social, by letting you play with your friends, by recognising that you’re connected with other people.

Single-player is great, but we also have to recognise that you have friends and wanted to have that connected as well.

It’s not about giving up on single-player at all. It’s saying we actually think there are a bunch of features and capabilities that we need to add into our single-player games to recognise the socially connected gamer. Every gamer has instant messaging, every gamer has a Facebook account. If you pretend that that doesn’t exist, you’re ignoring the problems that you’re taking on.

Later on, Newell is asked about the possibility of a direct crossover between Portal and Half-Life, as both games are set in the same continuity. Newell did not directly confirm such a crossover will take place, but he did say that setting both games in the same universe has a purpose.

“When you’re thinking about games, you sort of want to think about how characters collide. In their current forms, Chell and Gordon are very similar characters. in terms of the phenomenology of their experiences. … In terms of having these people coexist at same time and same place, that’s … part of the reason Portal and Half-Life are in the same universe.”