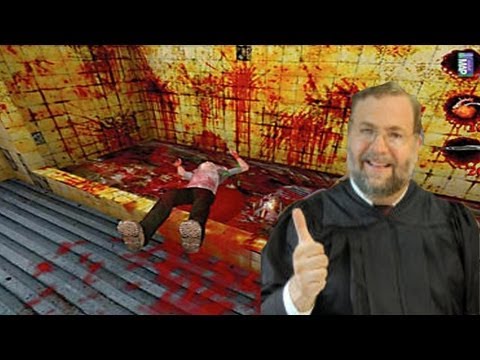 Yesterday, the US Supreme Court ruled that a California law banning the sale of violent video games to minors was unconstitutional. You may have read about that decision and the arguments for and against the ruling. Would you like to see it crudely animated?

Thankfully, Next Media Animation, the Taiwanese outlet that trades in hastily animated, very loosely accurate renderings of real-world events – in this case Supreme Court’s take on The State of California vs. The Entertainment Merchants Association and the Entertainment Software Association – has done the grunt work.

If you were hoping to see Judge Antonin Scalia engage in a firefight with his fellow judges and/or shoot up the state of California, well, they’ve got that too.