Full Body Burnout Crash Is More Fun Than It Sounds 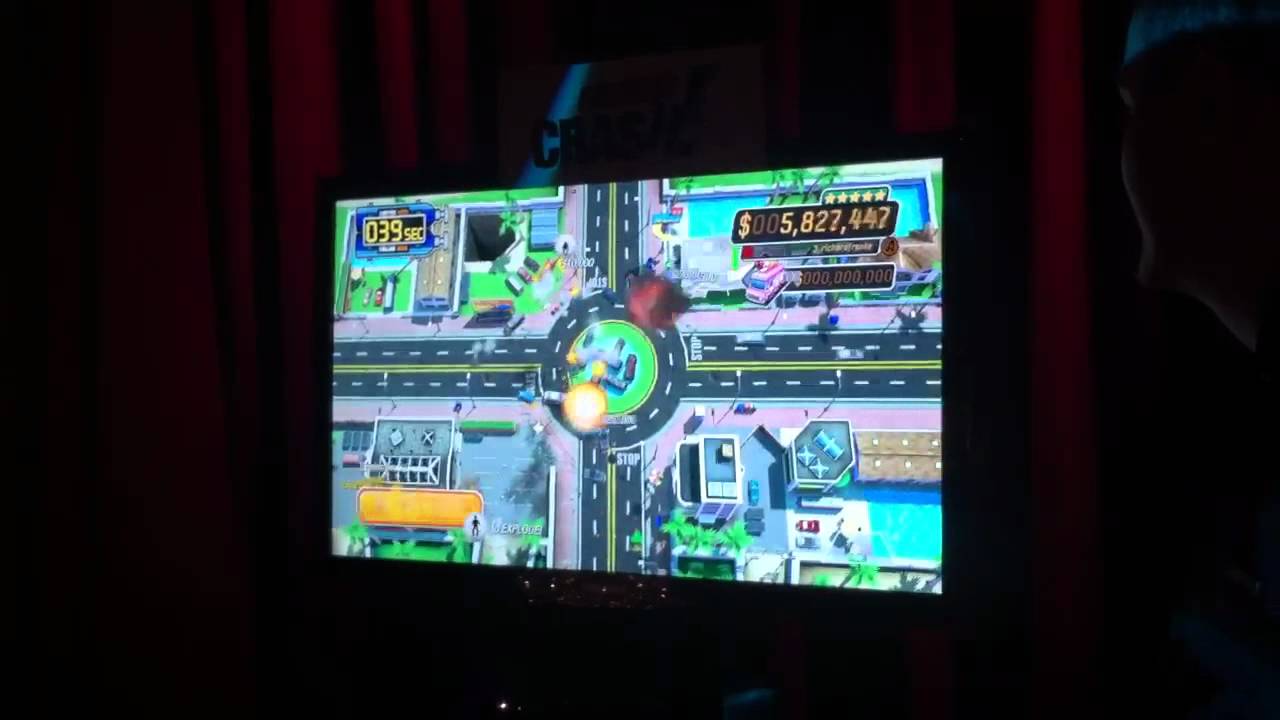 Burnout Crash seems to be a wonderful party game, the sort of title you pop on and pass and play with a group of rowdy friends. That it includes Kinect support only makes the experience better.

All three of Burnout Crash‘s game modes has you controlling a car viewed from above. You’re high enough up from the action that you can see the entire gameplay area as you steer your vehicle into the main intersection of the map. While each mode has different objectives, they all are based around the idea of causing as much mayhem and damage as possible with your exploding – and re-exploding – car. The car’s explosions are triggered by the damage you inflict on passing traffic, nearby buildings and landmarks. The more damage you cause, the more quickly you recharge your cars ability to explode.

I started my time with the game by checking out the “Road Trip” mode, a game that can be played with or without Kinect support on the Xbox 360.

If you’re using the standard controls you just direct your car with the thumbstick and press a button to make it explode. But if you’re playing with Kinect things get a bit silly looking.

You start by holding your hands in front of you, as if gripping an invisible steering wheel. Once you’ve driven your car, which has no brake or gas controls, into the thick of track and crash, you can stop pretending to grip that wheel. Now to play you need to move around on the floor to direct the direction your car will go when it explodes. To blow the car up you need to hop.

A yellow arrow near the car tells you which way you’re trying to nudge the car during an explosion and an icon pops up on the screen when you’re able to trigger an explosion with a jump.

As you can see by the video, the results are apparently designed to make me look stupid. But that’s OK! Because it’s also sort of fun. While playing the game mode with standard controls was just as enjoyable, it wasn’t quite as challenging. I think once this game lands at my house, I’ll probably find myself playing with motion controls more often then with the standard controller.

The Road Trip mode is built around a timer, so once you’ve run out of time, the car sort of super explodes, triggering a chain of explosions (if you properly set up things up during play) that can wrap around the screen and bring down buildings. Then you get your score and, hopefully, a chance to mock the people waiting to play next.

Next I checked out the game’s “Rush Hour” mode. In this mode the goal is again to cause as much damage as possible, but this time instead of worrying over a timer, you need to make sure that you don’t let vehicles travel across the map without crashing. If enough of them get through the game is over.

In this mode you can unlock special power-ups, like the ability to call out a row of cop cars that form a barricade across a single road, or an ambulance that will remove one of the strikes against you.

Even though the game’s mechanics were essentially the same, the twist made this mode different enough to feel like it would add quite a bit of life to the game.

EA wasn’t yet showing off the game’s final mode, “Pile Up Puzzle”, but the chief difference, developer Richard Franke told me, was that the crashes have a puzzle element to them, so you need to be more thoughtful in the way you explode the cars and move the wreckage.

Another important thing to note is that the game is going to include the Autolog that was so popular in Need For Speed: Hot Pursuit. This add-on will let you know when online friends have topped one of your scores and will even let you set up one-on-one challenges (complete with a little digital trophy) with a rival.

While this certainly isn’t a full-blown Burnout title, it’s not really meant to be. Franke likens the game to pinball, telling me that he expects that as with pinball, players will need to play and replay a map to learn its intricacies.

When you start playing one of the 16 maps, he said, you’ll be concentrating on making it through to the end, but eventually you’ll start to pick up on how best to play the field and massage your score.

Burnout Crash is slated for release on PSN and XBLA sometime this Australian spring.