See Soulcalibur V’s Ivy, Natsu And Zwei Take To The Stage Of History 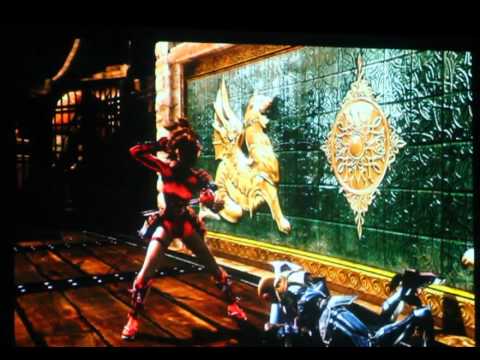 See Soulcalibur V‘s newest confirmed souls—Zwei, Natsu and, looking pretty spry for a 49-year-old, Ivy—do battle in the game’s latest trailer, which made its debut at the San Diego Comic-Con. We’ve shakycam-captured it for your squint-filled enjoyment.

In it, you’ll see Ms. Valentine perform one of those new Critical Edge attacks, realise that Natsu sure looks a heckuva lot like her mentor Taki, and wonder at the combat possibilities of the chesty Zwei, a man who wields a sword with two ways to slay.

We’ll have more from Soulcalibur V for the PlayStation 3 and Xbox 360 in the coming days.