Hatsune Miku Is Helping To Prevent Covid-19 In Japan

Hatsune Miku Is Helping To Prevent Covid-19 In Japan 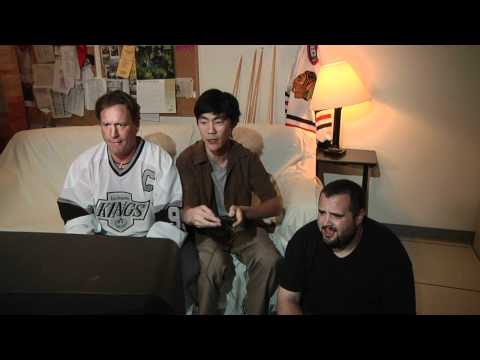 Here’s a re-creation of the classic scene from Swingers, in which digital Jeremy Roenick makes digital Wayne Gretzky’s head bleed, this time starring Real Jeremy Roenick. Playing as Gretzky in NHL ’94. In 2011. Now I think my head’s gonna bleed.

The video is a collaboration of Roenick, FoxSports.com and FuelTV. But earlier today, Roenick tweeted that he was headed “to one of my favourite cities… Toronto! To plug the new EAsports hockey game,” which is NHL 12.

This year’s game will feature a roster of 12 all-time great players. The full lineup has not yet been announced, but Gretzky, Chris Chelios and Ray Bourque are already confirmed. Roenick’s tweet, and his stature in NHL ’94 as one of the greatest video game athletes in one of the genre’s greatest ever titles, would almost assure his inclusion.