Devs And Publishers Battle It Out For Charity 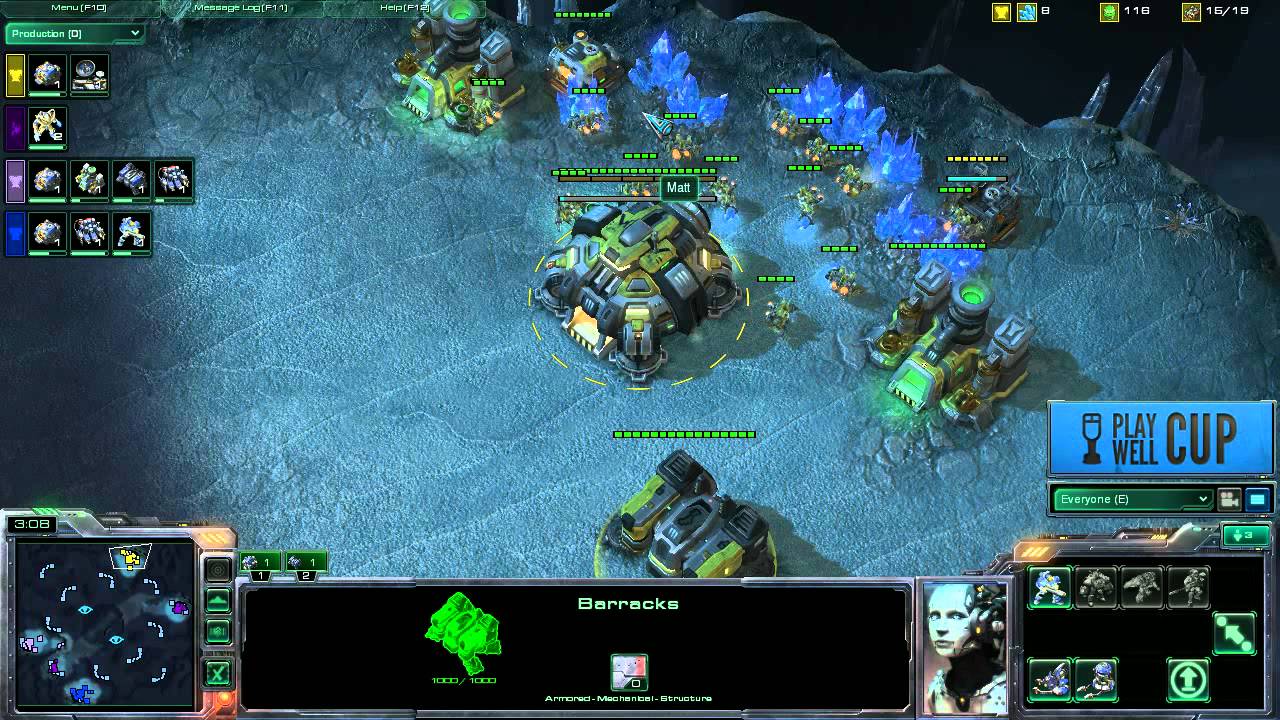 See this video here? It shows a developer from SEGA Studios Australia going up against a Firemint developer in a game of StarCraft II. Tonight, it’ll be CBS Interactive up against the developers at Wicked Witch Software, and tomorrow it’ll be Endgame Studios vs. Desura. So here’s a question: why?

Last week we reported that some indie devs are challenging themselves to make a game in 14 days and accepting donations for the Child’s Play charity. In continuing with the trend of gamers finding creative ways to raise money for a good cause, today we’d like to put the Play Well Cup in the spotlight.

The brainchild of James Croft, the Play Well Cup brings together developers and publishers and pits them up against each other in StarCraft II. The matches are run each night and the tournament goes for six weeks, with the matches recorded and uploaded onto YouTube for all to see. Donations from viewers and sponsors are then accepted and all proceeds go straight to Child’s Play

“The idea, began in about May of this year; to have an Aussie Starcraft II tournament for charity,” says James Croft, the organiser of the event.

“I’d seen a bunch of people do some amazingly creative events for Child’s Play fund-raising over the years (like Desert Bus for Hope, or Funde Razor a few years ago), and I really wanted to get involved myself. So it changed from a random idea when I saw Day[9] (a Starcraft commentator who makes the fantastic Day[9]Daily) begin his After Hours Gaming League, where geeky American companies like Google, Facebook & Amazon have the chance to face off against each other in Starcraft II.”

“I thought to myself, ‘OK, well, if he can do it, so can I!’ So here we are. Plus, I probably would’ve spent the rest of the year kicking myself if I didn’t do it.”

So how did he get developers and publishers to agree to give up their time to play StarCraft II against each other at night?

“It was a slow process at the beginning,” says Croft.

“I mean, I’m not a part of the gaming industry, I’m just a huge fan of their work, and a big believer in the work that Child’s Play does around the world. So I’m sure that most people thought I was a bit loopy at first! I really want to thank Liquid Interactive & CBS Interactive for taking leap of faith in being the first teams to sign up. Toward the end though, it was great. People making games in Australia are incredibly talented, generous with their time & willing to have a go. So we have got some really amazing companies on board like SEGA Studios Australia, Firemint, The Voxel Agents, Wicked Witch Software & many more.”

The Play Well Cup is still seeking sponsors, so individuals and companies wishing to get behind the charity event should visit the website. A donation button will appear on the site later in the week.