Does Evangelion Have Much Of A Sound Impact? 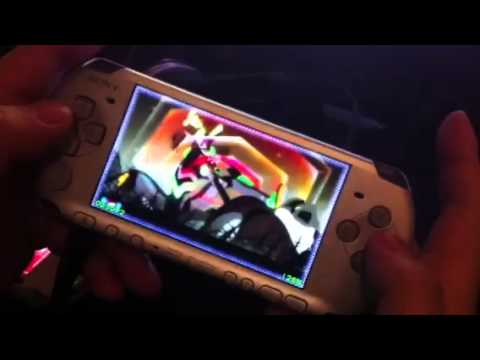 Venerated anime Neon Genesis Evangelion is being reborn on the PSP as Rebuild of Evangelion: Sound Impact.

The game is being developed by Grasshopper Manufacture of No More Heroes. It features 30 tracks, remixed by Akira Yamaoka, best known for his work on the Silent Hill games.

During the night, the game was playable publicly for the first time at a Grasshopper Manufacture press event. I like music games — I’m not very good at them, but I do dig them.

In one of the tracks I played, X and O were spit out in a circle randomly, and then I have to press either the X or the O button as they circled back around.

Some of the cutscenes are interactive, so you can do things like shoot tanks.

My time with Sound Impact was short, but I did like what I saw. There are only 30 tracks, which might be too few for more advanced players, but could be just right for others. That’s what the game’s difficulty settings are for!