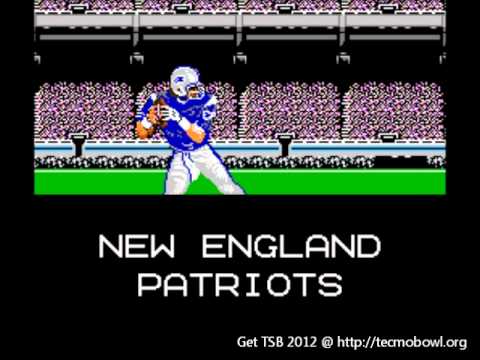 Ah, and now the football video game that really is just a roster and uniform update, and that’s all everyone wants it to be. Just in time for the NFL’s kickoff tomorrow, modders today released Tecmo Super Bowl 2012. It’s the same NES classic you’ve loved for 20 years, updated with the stars of the current league.

The ROM (free to download) offers all 32 teams with current day rosters — updated to catch yesterday’s ceremonious dumping of David Garrard. No really, it was a ceremonious dumping. He showed up at a civic function as Jacksonville’s starting QB, and one hour later got shitcanned. Not as bad as Lawrence Taylor pissing on you, but bad.

Other adjustments and updates include the ability to change the quarter length, meaningful passing accuracy, and updated graphics. You can get the file through the link below. It comes with the NES emulator NEStopia, but if you’re already using something else, it’ll do.