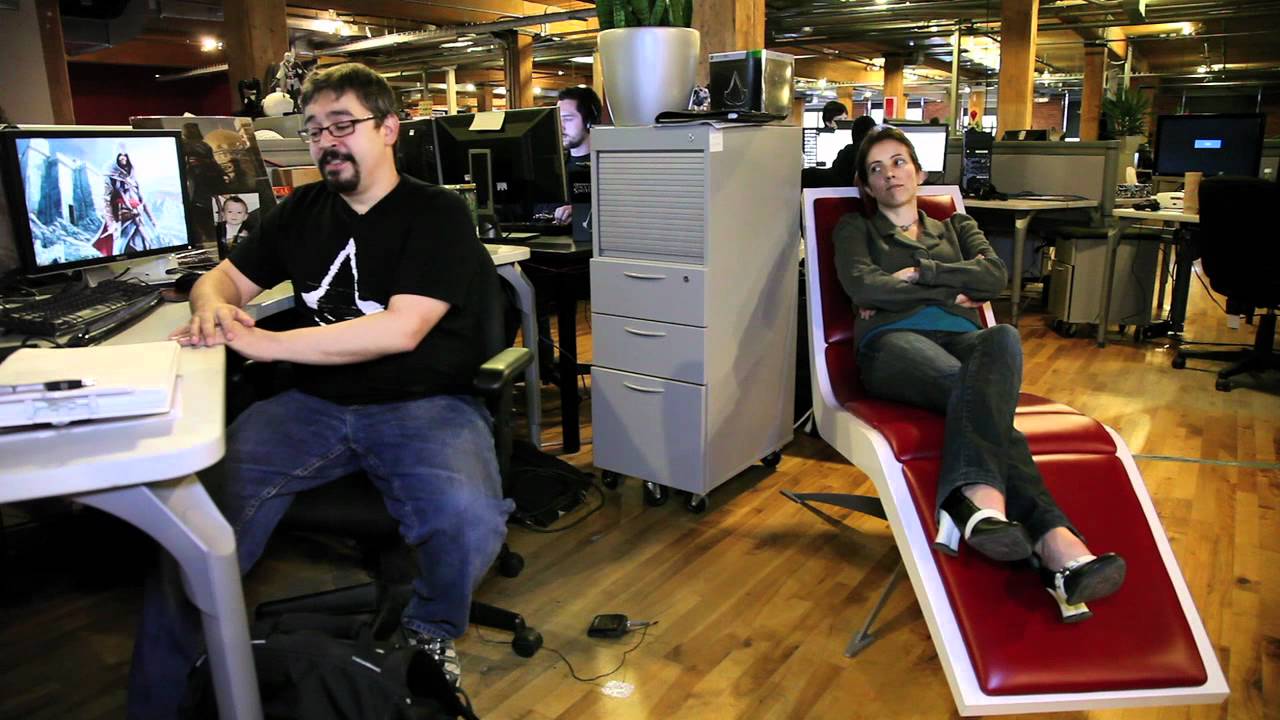 The backstabbing multiplayer of Assassin’s Creed: Brotherhood returns next month in Revelations, bigger, bloodier, and more customisable than ever. Live producer Andreane Meunier explains what’s changed, what to expect, and makes me want to mispronounce the word “beta”.

While I’m sure there are people eagerly awaiting the return of Assassin’s Creed multiplayer, I don’t count myself among that number. With so much content packed into the single-player portion of the game I barely got the chance to scratch the surface of online multiplayer, and when I did I died early and often. When I actually attempted to place myself in the padded shoes of a stealthy assassin I did quite well. Most of the time I just wanted to climb, and climbing tends to draw attention, seeing as only player characters were doing it.

I found it more fun to simply try and survive as long as I could, ignoring my targets and just trying to blend in with the crowd as best as possible. That’s the coward’s way. That’s my way.