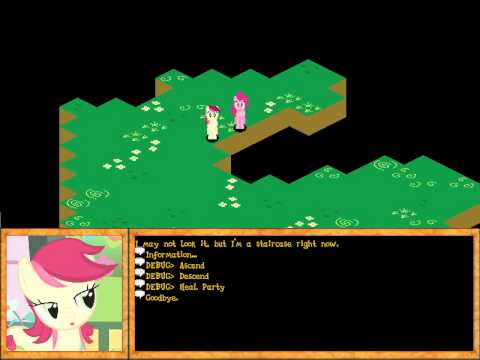 This was bound to happen, I suppose. A team of brony coders in the UK is hard at work on a My Little Pony free-to-play MMO you’re going to tolerate and love the shit out of.

My Little Pony Online‘s visual style is based on the “Friendship is Magic” series on Cartoon Network, which has caught on with dudes despite its brand and its toy line associated with young girls. The bronies need a place to hang out, do some, uh, “apple bucking”, “the running of the leaves” and other stuff, so they’re building this.

Players will get three classes (unicorn, pegasus, pony) and each will have their own talents. It’ll have a gigantic open world to explore with dungeons, combat and such. There is a load more information at the main site, but they really don’t want you asking when it’ll be finished, because the answer to that is “when it is”. The first version will be available for PC, to be followed by Mac.

My Little Pony Online [Thanks Raso719]