Where Does Batman Get Such Wonderful Toys? 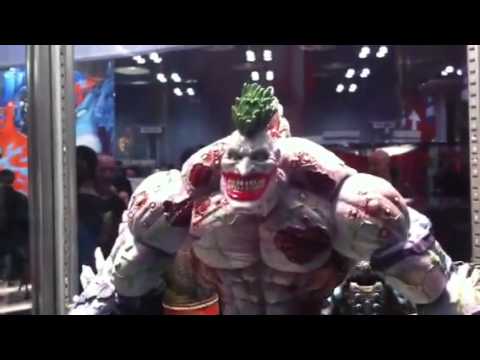 Batman: Arkham City may be about to hit shelves, but two of these new figures are for the last great Batman game: Arkham Asylum.

This video shows you Titan Joker, Killer Croc and Mr. Freeze, all videoed in as much detail as I could capture with an iPhone through a thick pane of plastic. The Joker figure is a prototype. In fact it’s the only one in existence right now. I was told it was finished the day before they brought it to the show. The design is still undergoing some work, including some touch-ups to the face and elbows. It has 16 points of articulation and was a wonder to see in person.