All The Best Games And Gear Deals You Can Expect From... 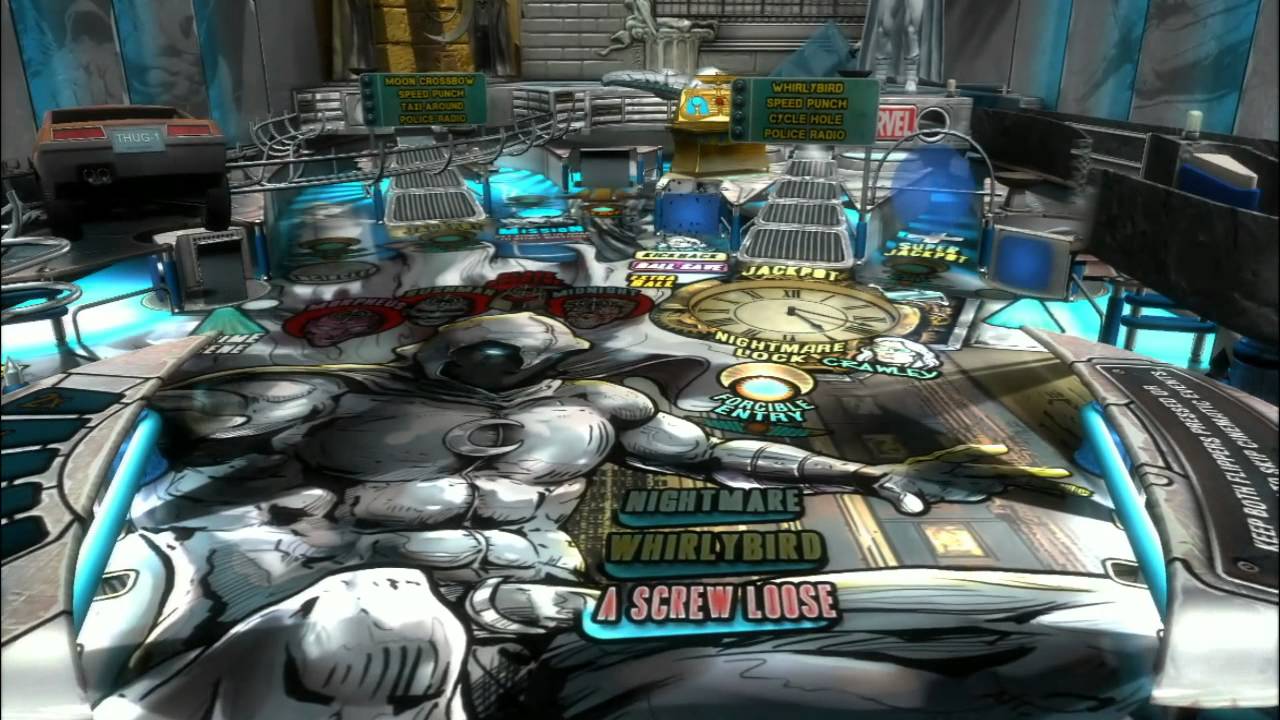 A year and a month ago I sat in a hotel room in Anaheim, California, telling the folks from Zen Studios how much their Marvel Pinball series for Xbox Live and the PlayStation Network needed a healthy dose of the fist of Khonshu. I don’t recall making a pact for my firstborn, but if I did I’ll totally honour it.

Moon Knight scores the second vengeance slot in Zen’s Vengeance & Virtual add-on to Pinball FX 2 for the Xbox 360 and Marvel Pinball on the PlayStation, joining Ghost Rider on the naughty side and the X-Men on the nice end, leaving a virtue slot open for some goody-two-shoes to fill. Perhaps the Avengers.

Either way, I’m satisfied with just little old Marc Spector here. Some argue that he’s just a Batman rip-off in a white costume, but he’s more than that. He’s what Bruce Wayne would become if his mind wasn’t quite as honed as his body. Juggling several secret identities, witnessing untold horrors, and spending your nights fighting crime in a sleep-depraved stupor would break a lesser man. Moon Knight is tortured, shattered, and twisted, and brilliant.

I’ll get those babies off to you right away, Zen. Is UPS ground okay?