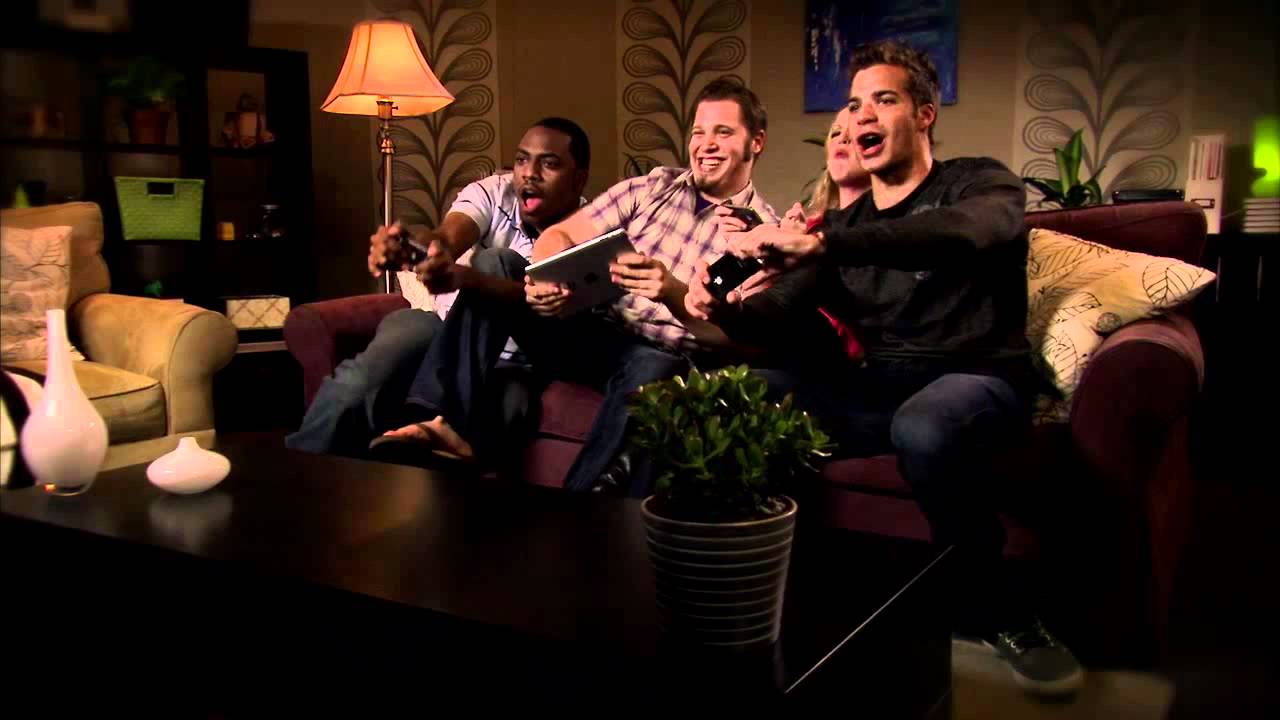 OK, interesting is the polite way of me saying “It makes me uncomfortable”. That might have something to do with the fact that I once worked as the studio’s PR and media relations guy until September of this year. If I was still in that position, I might have thought twice about making this video.

The video is aimed at promoting Real Racing 2‘s recently added Party Play feature, which allows up to four people to play the game on their TV using a combination of iPads, iPhone and iPod Touches. An iPad 2 or iPhone 4S is required to host, but otherwise, your Apple-loving friends can crack out whatever iOS device they’re carrying and get in on the action.

It’s actually a nifty accomplishment, as it uses devices a lot of people already have for a game that sells for $5.49 on the App Store. True, it’s not going to make you suddenly buy an iPad 2 and four iOS-powered devices, but then, it’s not trying to. Firemint wants to sell its game, not move Apple products — it doesn’t take a genius to see this is aimed at those who already have the hardware, not dedicated gamers who are looking to retire their Xbox 360, PS3 or Wii.

But I digress. I get what Firemint (and probably to a larger extent, EA) are trying to do — Firemint has previously used its impressive Mint3D tech to advertise Real Racing 2, as well as being first-to-market with a lot of cutting-edge features that I imagine have surprised Apple itself. Given the “party” aspect of Party Play, I can understand the studio testing the waters with some more conventional, mainstream advertising.

Sadly, I don’t think this is the answer. It makes me cringe, both as a gamer and former employee whose core duties would have involved making this happen. Yet, despite its obvious flaws, I can see some potential. Considering this is the first time Firemint’s tried something like this, I’m willing to give them a second chance.