How Marvel’s Mightiest Have Changed In Ultimate Marvel Vs. Capcom 3 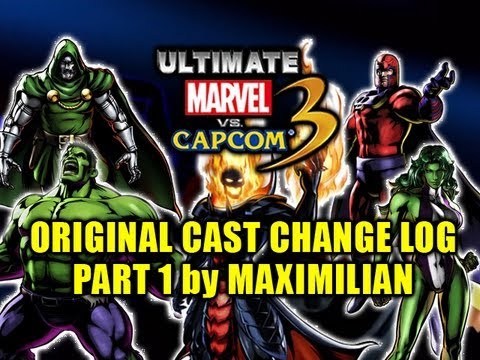 Ultimate Marvel Vs. Capcom 3 isn’t just an additional 12 characters and a few new game modes, it’s a chance for Capcom to tweak the mechanics and balance of the original game in such a way that it requires four videos to detail the changes to just the Marvel side of the cast.

Remember a decade ago, when they’d release a fighting game on the console and we’d have to deal with it? Now we’ve got four lengthy videos demonstrating how characters like She-Hulk, Dormammu, Magneto, Hulk and Dr Doom are going to play differently in the Ultimate version of Marvel Vs. Capcom 3, due out next week.

I’m not seeing much that will affect my tactical button mashing style very much at all. Your mileage may vary. Flip through the gallery to see how the rest of Marvel’s greatest fared, and hit up Unity to see what changes are coming to Capcom’s brawlers.