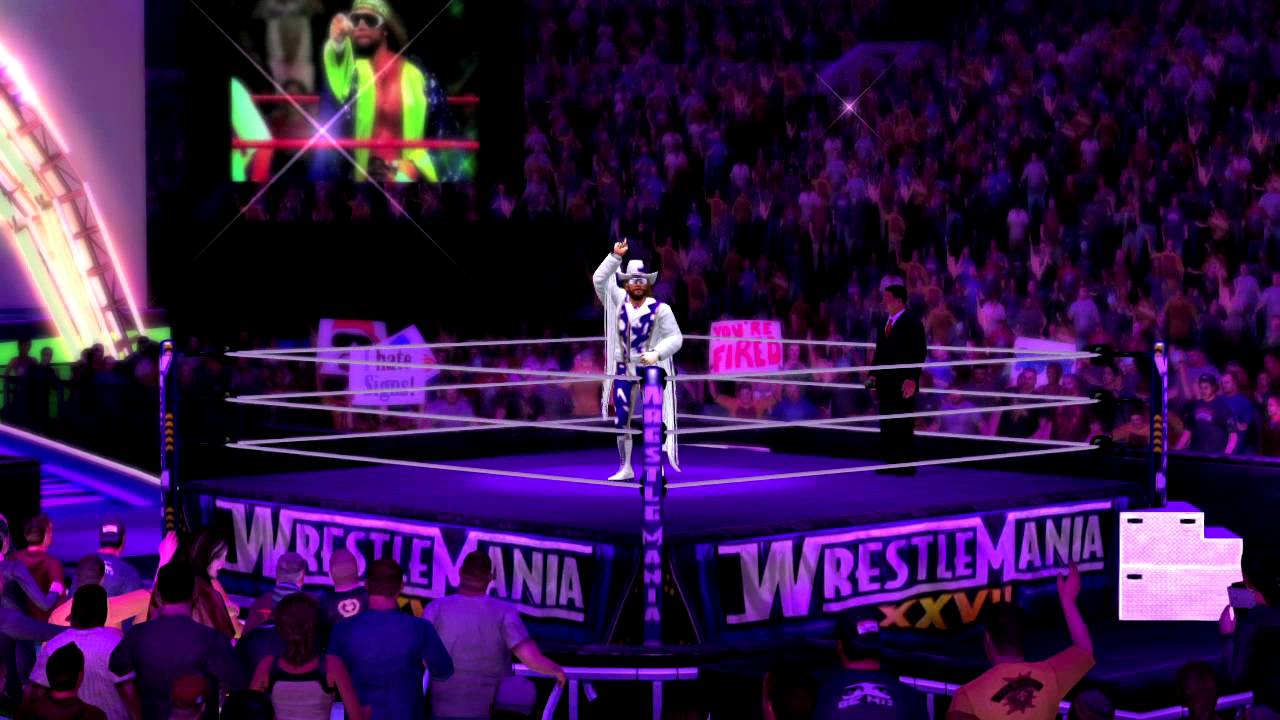 Randy “Macho Man” Savage died in a car wreck in May, two months after ending an estrangement with the WWE/F by appearing in THQ’s WWE Superstars. Savage, one of the greatest superstars in professional wrestling history, will also appear in the series’ flagship video game WWE 12 when it releases its Legends stable of wrestlers in January.

Savage, like Mick Foley (announced yesterday), will be available individually for 80 Microsoft Points/$0.99 individually, or can be had for the 960 MSP/$11.99 “Fan Axxess” all-you-can-eat pack delivering all DLC. A specific release date was not given,

As can be seen in the above video, Savage will have the tights and costume he wore in WrestleMania VII, an unforgettable struggle with The Ultimate Warrior that saw his emotional reunion with Miss Elizabeth.

So often identified with the cowboy hat and the shades, seeing Randy Savage on the top rope, eyes blazing, hair matted with sweat, still gives me a chill.