The Darkness II’s Multiplayer Is Co-Op Only 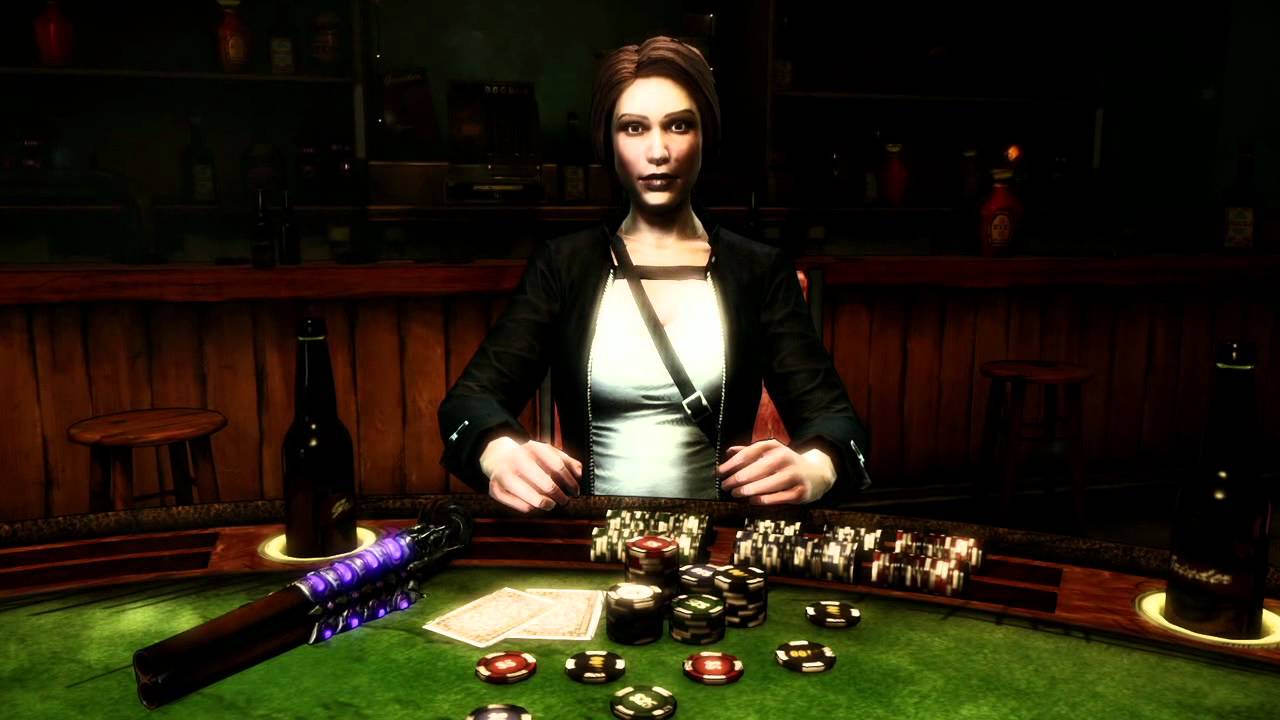 The Darkness II doesn’t have traditional multiplayer. There are no multiples of Jackie Estacado using their powers over The Darkness to fight it out in endless battles. The core mythology of The Darkness prevents it.

So when Digital Extremes decided to expand their game to allow more than one player, they needed to get creative and decided to go cooperative. The result: Vendettas.

In Darkness II Vendettas, players will choose between one of four new, fully realised characters, each of which wield a Darkness-imbued weapon. Rather than playing through the single player story, Vendettas features it’s own, full-length plot that intersects some of the tangential elements of the game’s main plot.

It’s a neat idea, one that both fleshes out the story of Estacado and his struggle with The Brotherhood and also brings new elements of gameplay to the series.

Inugami is a Japanese fighter armed with the sword Kusanagi. He needs to feed the sword at least one wicked soul a day or he loses a year off of his life. He can dual wield the sword and a gun. He also has the power of Swarm, which allows him to summon up a swarm of tiny fly-sized demons that will temporarily stun enemies around him.

Shoshanna is a former member of the Israeli Intelligence Agency Mossad. She is armed with the “Arm of the Night” a sort of Darkness-powered sawed-off shotgun. The weapon allows her Gun Channel, which essentially increases the damage she does with the weapon.

Jimmy Wilson is a drunk from Glasgow, Scotland. he is armed with a massive hand axe. He can use the axe to summon Darklings, which he calls Little Jimmys.

Doctor J. P. DuMond is a Creole doctor who turned to voodoo to help his patients. He is armed with the Midnight Stick, a staff that allows him to open a portal to the Darkness. He has the power of the Black Hole, which he can use to create a vortex that attacks nearby enemies.

I had a chance to play a bit with Inugami and Shoshanna last week. A Vendettas session starts out with a view of a card table, the four playable characters sitting around it waiting to be selected. Players choose which of the four they want to control and then jump into the game.

We started with the opening story, one that has players being sent out by one of Estacado’s men to rescue Johnny Powell from The Brotherhood. This first mission was broken down into a number of encounters that had myself, and one other player, working our way through an area packed with gun-wielding bad guys looking for Powell.

Because you don’t have all of Estacado’s powers, the gameplay doesn’t include quad-wielding. Instead players will have to make due with dual-wielding at most. Inugami’s cursed sword meant that I played much of the game running up to enemies and skewering them. Though I also took out quite a few bad guys with the gun I had in my right hand. I also had the option of using a rifle, but then my sword was tucked away and what fun is that?

The sword attack usually sliced an enemy in two, though I did find that the melee attack was a bit slippery at times, missing enemies who seemed to be right in front of or next to me. Once I took an enemy out, I could impale the dead enemy with my sword to claim their soul and heal myself.

The level design was a bit simple, as was the “go in and clear the area” missions, but it was still fun. I especially enjoyed releasing Inugami’s Swarm power. When I used it, it looked like a cloud of insects swarmed around enemies. Instead of standing transfixed, they squirmed and swatted at themselves as I worked my way through them, cutting them in half of shooting them down.

Controlling Shoshanna felt like a completely different experience. Her reliance on gunplay, especially that gun channeling skill, meant that I tended to stay further back. Her Arm of the Night shotgun did require a bit of close up work, but she still had an entirely different feel then playing as Inugami.

After completing a chapter of the game, players return to Estacado where they are assigned the next mission, which is essentially the next chapter in the cooperative story.

At the beginning of each chapter, players have a chance to level up their characters, unlocking and increasing powers through one of three skill trees. Two of the trees are the same for everyone, and one is dedicated to that particular character’s special weapon.