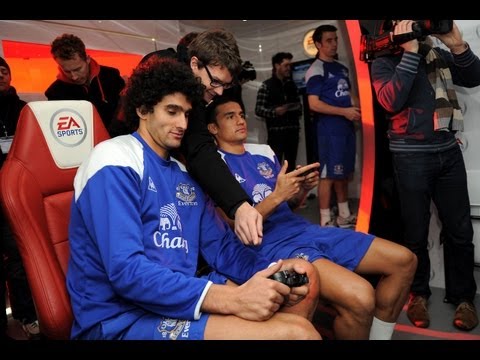 I’m a bit of a fan of the old ‘soccerball’, and I’m also a bit of a closet Everton fan — mainly because they have a history of featuring Scottish players in their team and having Scottish managers — so I really enjoyed this. The vid stars ‘the greatest Australian player who ever lived’ Tim Cahill wrecking shop on FIFA 12 against his Everton teammates.

I think the cool thing about this video is that it’s not a group of stars glibly pretending to play something completely alien to them, they actually seem to be proper FIFA fans, and they know what they’re doing. Particularly Cahill, who uses the old ‘I just play it with the kids’ excuse.