I Took An Arrow To The Knee, In Real Life 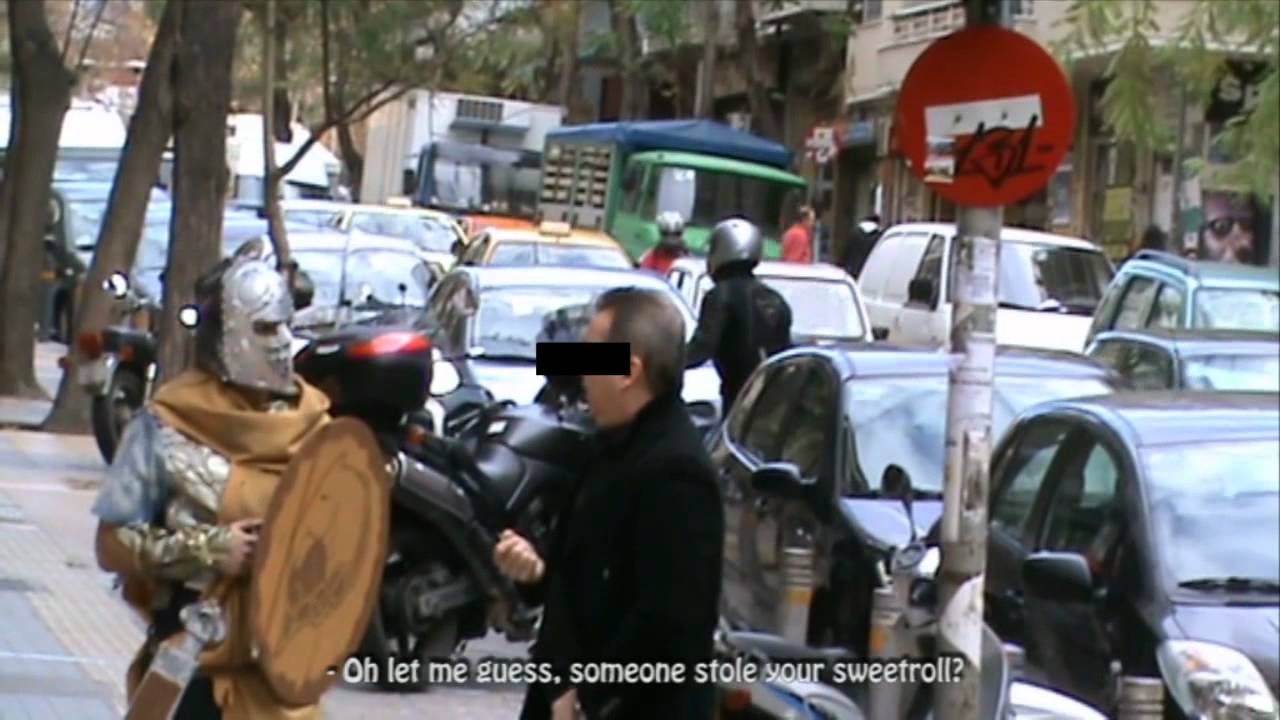 Much has been made of Skyrim‘s mysterious archer, whose fetish for crippling would-be adventurers in their prime has guaranteed exceptional city guard employment rates. The meme has yet to run its course, with this fan-made film poking fun not only at knee-seeking arrows, but the other odd phrases spoken by the game’s indefatigable, if bitter, defenders.

While our adventurer-turned-guard speaks English, those he approaches only know Greek, though my flair for other languages is, well, non-existent, so they could be speaking pretty much anything. Fortunately, subtitles keep us abreast of each encounter, with some of the approached instantly recognising our protagonist’s origins. Not surprising, given the fair recreation of the in-game armour he wears.

It can get a little tedious at times, but it’s worth it just for the great bystander quotes.