It’s Not Star Wars Without Slavery, Torture, And Forced Voyeurism? 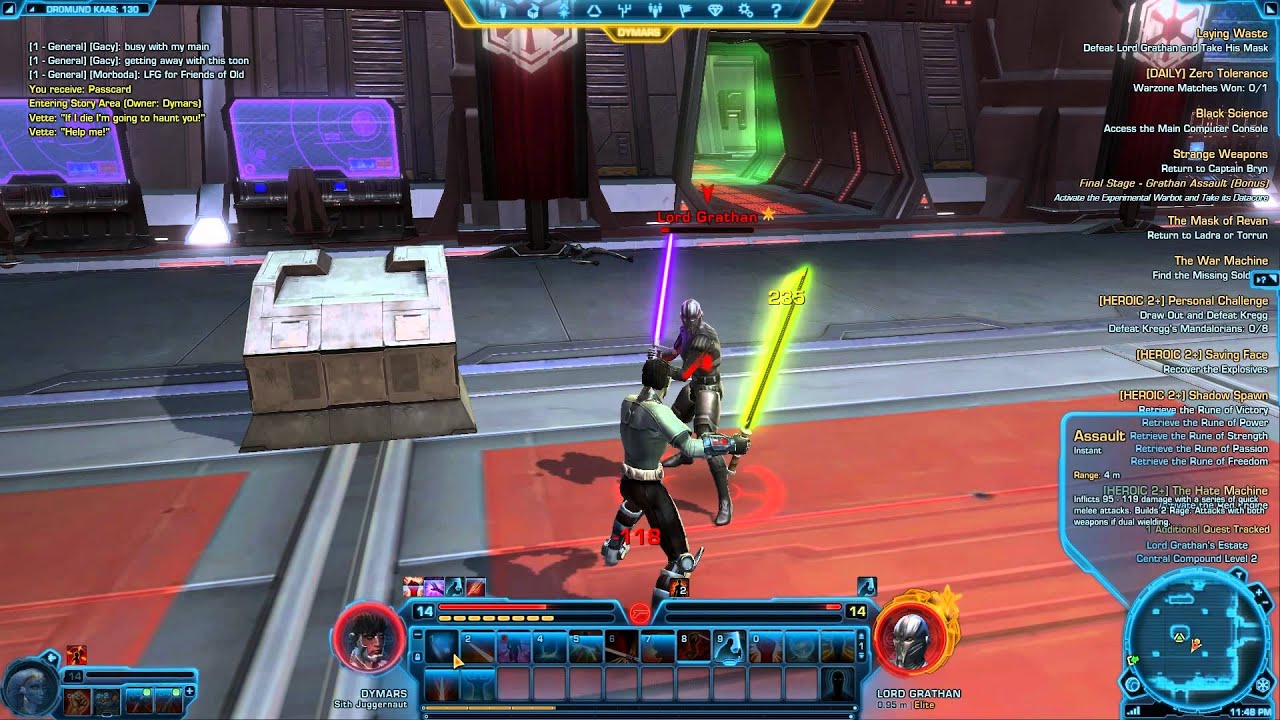 Meet Vette. She’s the loyal Twi’lek companion character to my Star Wars: The Old Republic Sith Warrior. Or at least she’d better be, if she knows what’s good for her. Beware, spoilers ahead.

Vette is my character’s slave, gifted to him by his dark master. She comes complete with a convenient high voltage shock collar, allowing me to administer harsh punishment should she speak or act in a manner unbefitting her station. I torture her. I tease her. I belittle her in front of others. On one occasion I even made her watch as I had sexual relations with the wife of a slain enemy.

If my actions seem disturbing to you, rest assured I was even more disturbed to find myself performing them.

I first learned of Vette’s sad habit of being regularly tortured into submission during my time with my first Sith Warrior character in Star Wars: The Old Republic. Following my own natural tendencies it never occurred to me to deliver punishment unto this perky, spirited alien. She seemed like the sort of person it would be nice to have at my side; that I could coerce her to do so never registered as an option for me.

Then I made it to Dromund Kaas, the capital of the Sith Empire, where all post level 10 characters on the Empire’s side travel to continue their progression. General chat would regularly be filled with other Sith Warriors discussing how poorly they treated Vette. They boasted of her low opinion of them, negative numbers on the game’s companion friendship scale.

It was too late for me to begin a course of Vette abuse. The shock collar had come off upon her first request. Instead, I made another Sith Warrior, and he showed me just how dark the Dark Side can be.

Slavery is nothing new in the Star Wars universe, of course, and neither is torture. Many a young man or woman has fantasized about what went on between Leia becoming Jabba the Hutt’s slave girl and the eventual rescue. Not me, mind you. I was a good lad. *cough* lies*cough*

I don’t recall a scene in any of the movies or books in which one character was forced to watch another have sex with someone. I don’t claim to have read all of the available material, but this seems to fall squarely in the realm of naughty fan fiction.

I’d like to think it was to my credit that every time I mistreated Vette I felt truly bad. I wanted nothing more than to pat her on the head, tell her she was doing a bang-up job, and hey, let’s toss this silly shock collar out of the air lock at our earliest convenience. There was no perverse pleasure here; simply a growing knot in my stomach that remains there even now.

I cannot remember a single video game experience that has made me feel quite as dirty and evil as my relationship with Vette has. I wish I could take it all back, but it’s too late; BioWare has made me hate myself. That was not the emotional engagement I was looking for.