The 12 Best Games On The Wii

The Wii is in a weird spot in its life cycle. Nintendo’s announced a successor and fans of the new eagerly await more details of the inbound system. But someone gave you the current system. Maybe that someone was you.

What do you do once the parties are all over and Wii Sports has worn out its welcome? Welcome to the Bests, friend. They will take care of you. 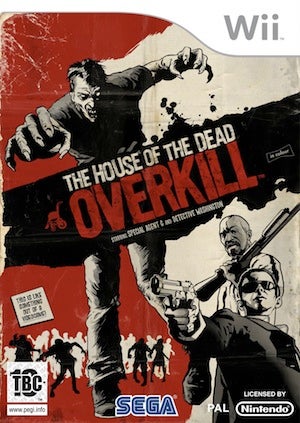 House of the Dead: Overkill

No one was expecting a potty-mouthed, gore-obsessed shooter to find a home on the Wii, but this spinoff of Sega’s popular shooting gallery arcade games wound up being a sleazy pleasure when it hit in 2009. Funk music, grindhouse presentation and action-first gameplay make this Overkill perfect for a boozy house party.

A Good Match for: Robert Rodriguez fans. This House of the Dead seems like a zombie apocalypse pulled straight out of the Texan outsider director’s head.

Not for Those Who Want: Subtlety. From its fixation on cuss words to its repetitive boss battles, very little about House of the Dead: Overkill will come across as thoughtful. 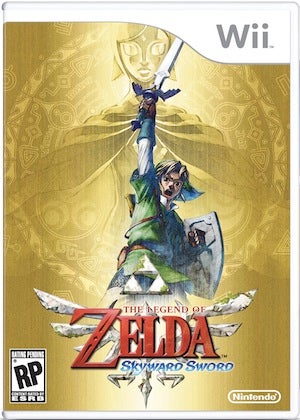 The Legend of Zelda: Skyward Sword

Link gets airborne in the newest Zelda but that’s not the biggest change in Skyward Sword. In a strong shift from its typical design orthodoxy, Nintendo lets individual decisions send players down different threads. So, the experience you get while adventuring in this Zelda title will differ from those of your friends.

A Good Match for: Explorers. Another big change to the Zelda formula comes in how Skyward Sword presents its dungeons. The environments around the encounter areas are themselves more puzzle-like than in other LoZ entries, making the experience more seamless and more engrossing.

Not for Those Who Want: Imprecise flailing. You’re going to need the improved accuracy of the Wii Motion Plus to slice at specific angles during the swordfights. This ain’t Wii Sports. 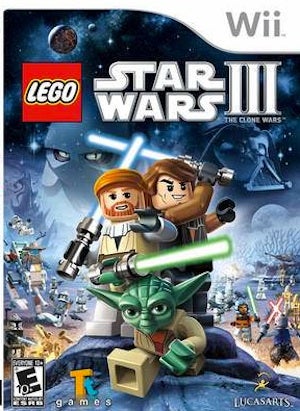 Lego Star Wars III: The Clone Wars takes place in a big, breakable world that continually generates a singular sense of awe. As the cute, blocky versions of Jedi and Stormtroopers bounce and build their ways through the planets of the Force’s fiction, you’ll see hundreds of in-screen characters coming in conflict as far as the eye can see at times.

A Good Match for: Game-hungry children and their mum or dad who wants to play video games against them. Any parent worried about what little Johnny or Jenny’s first playable adventure will be charmed this title’s silent slapstick. You’ll also get to avoid any claims of sibling favoritism, thanks to the fun co-operative options.

Not for Those Who Want: Online play. Sadly, cross-country acquaintances won’t be able to romp through the Anakin/Obi-Wan hijinx together, as shared adventures are limited to same-room play only. 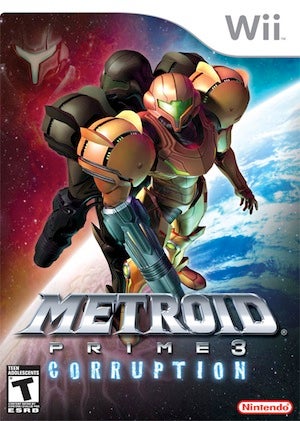 Going first-person in the Metroid Prime games proved to be a welcome shift in perspective for Nintendo’s space bounty hunter. The spinoff series’ first Wii entry made the console’s motion controls seem like an attractive alternative to gamepads for an FPS experience.

A Good Match for: Detectives. The Prime games offer more gameplay by letting you scan the environment for interactive elements, making the exploration aspect almost as fun as all the shooting.

Not for Those Who Want: Repetitive stress injuries. All the aiming and flicking of Corruption‘s controls aren’t kind to the wrists of those who play. Marathon sessions may render players arthritic. 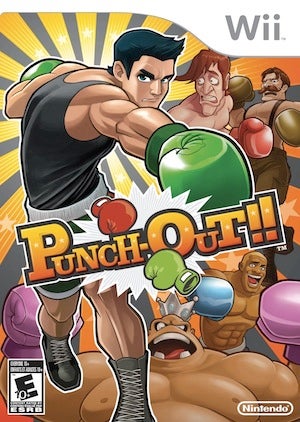 This cartoony re-imagination of the old school boxing game has you lacing up the bright green gloves of Little Mac all over again. Once you spot and exploit their punch patterns, you’ll be able to uppercut the familiar faces of Great Tiger, King Hippo and the other international pugilists until you become world champ.

A Good Match for: Feuding siblings. The 2009 update includes a competitive mode where two players each control a differently coloured Mac and throw blows at each other.

Not for Those Who Want: A game that doesn’t ruin them. Punch-Out is an easy game…briefly. Then it gets extremely hard. 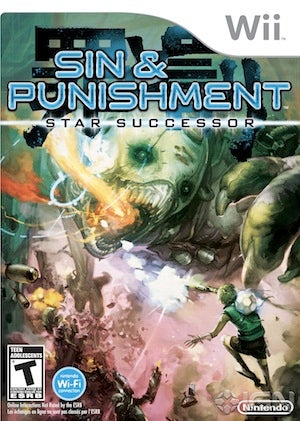 The antithesis to the loads of mum-friendly, low-stakes fare that you’ll find on the Wii, this title offers up intense shooting and dodging action that picks up after a cult 2000 Nintendo 64 game.

A Good Match for: People who want options. You’ll get two different attributes with the pair of playable characters, and can pick either Kachi’s lock-on targeting to shoot multiple enemies at once or Isa’s faster rate of fire for a twitch-centric experience.

Not for Those Who Want: Decent storytelling. The generic sci-fi story doesn’t give you much reason to care, but horrible voice acting completely kills any connection to Star Successor‘s plot. 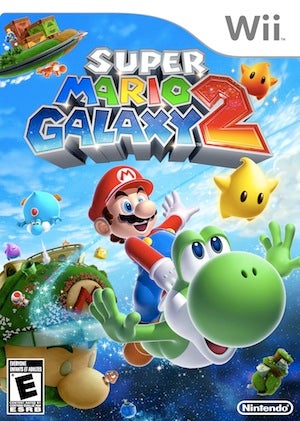 One of the reasons that Nintendo’s mascot remains so beloved is that Mario titles always find interesting evolutionary spins for the plumber’s core platformer gameplay. Super Mario Galaxy 2‘s the latest example of that, with Yoshi-blimp segments, Cloud Suit power-ups and asymmetrical co-op that provide freshness and fun variation for even the most seasoned Mario acolytes.

A Good Match for: Theme park enthusiasts. Because you’ll do several different types of activities while playing this sequel’s planet-hopping adventures, Galaxy 2 feels like going from attraction to attraction in a virtual vacation destination.

Not for Those Who Want: The classic approach. If you’re someone who loves Mario best when he’s in a sidescrolling point-of-view, you’re barking up the wrong tree. 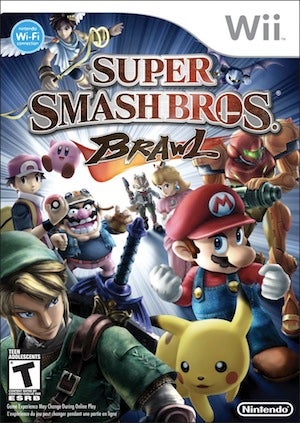 All of Nintendo’s biggest characters — joined by more obscure ones and third-party characters, too — get to throw down against each other in the most recent all-star jam. Already a dream release for the publisher’s faithful, Brawl adds a level editor, a single-player story mode and oodles of Nintendo minutiae to sweeten the deal.

Not for Those Who Want: Online fighting. The Wii’s got the sketchiest online implementation of any current console, annoying friend codes and crippling lag combining to smash any fun out of online play. 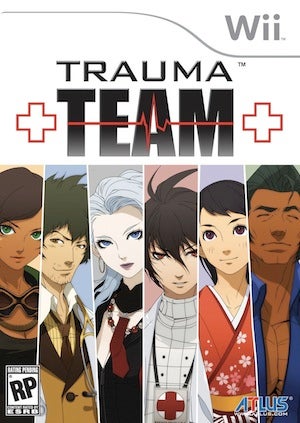 The Wii Remote makes a surprisingly effective scalpel in the fifth instalment of Atlus’ heroic doctor franchise. You’ll treat patients on the operating table, as expected, but you’ll also do some detective work to find out what’s ailing them, too. Remember: first, do no harm.

A Good Match for: Grey’s Anatomy fans. It’s more than just the hospital setting that will make Trauma Team appeal to watchers of the medical drama. You’ll also get to play through the storylines of multiple characters. And who doesn’t want to perform some co-op surgery with a friend?

Not for Those Who Want: Naturalism. Trauma Team traffics in the same kind of overblown melodrama that you’ll find in Japanese anime or manga. Skip this doctor’s visit if lots of gasps and exclamations points make you sick to your stomach. 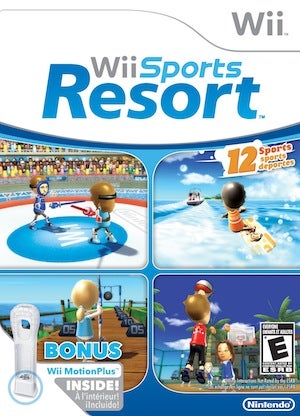 Nintendo followed up the game that comes with every Wii by adding a slew of new events and introducing new technology to increase the precision of the console’s motion controls. You’ll shoot hoops in Basketball, throw a plastic disc in Frisbee and glide over virtual water in Wakeboarding, with better results in all the game’s new sporting competitions.

A Good Match for: Wannabe Robin Hoods. One of the standout sports in Resort is Archery, which shows off the improved aiming and forces players to find a patient focus to achieve their best scores.

Not for Those Who Want: A tweak-free experience. The most tiring thing about Wii Sports Resort isn’t all the gestue gaming. It’s the constant prompts to recalibrate the controller, which will throw you out of a groove. 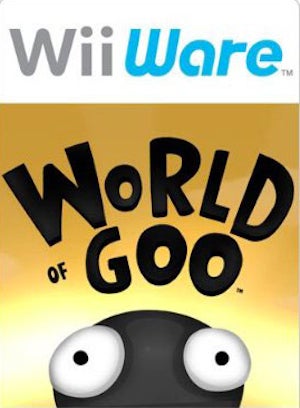 Built by a two-man team, the clever construction game tasks players with connecting loveable globs into gooey assemblages to get from point A to B. Already loved as one of the biggest indie successes ever after a PC debut, 2D Boy’s hit feels fresh with the Wii’s controls, too.

A Good Match for: Architectural fanatics. The Goo balls become a drippy erector set and the challenge of completing the levels while using as few as possible presents a fun, addictive puzzle archetype unique in its execution.

Not for Those Who Want: Hyper-realism. While the tee-totter physics in World of Goo are well-simulated, the humans and Goo Balls look like they’re straight out of grade school sketchbooks. 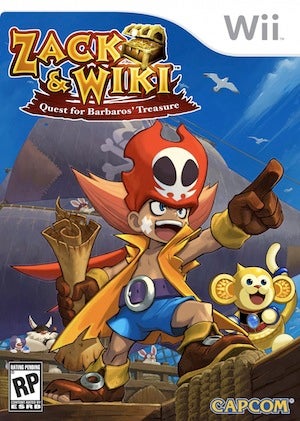 Done in a cel-shaded manga art style, Zack & Wiki made players rethink the Wii remote’s relation to physical space by having them turn it this way and that to solve riddles. It’s a more clever usage of the Wii’s motion-sensitive inputs and make all of that waggle-centric shovelware look flaccid by comparison.

A Good Match for: Performance artists. Depending on the puzzle, Z&W asks you to imagine the Wii remote as a key, hammer, crank or saw, miming motions with each to complete various tasks.

Not for Those Who Want: To turn their brains off. Though there’s action to be had in the game’s boss battles, Zack & Wiki is more of a classic adventure/brain-teaser affair with puzzles that will definitely stump you the first time out.