This Game Puts You Inside A Gigantic Synthesiser 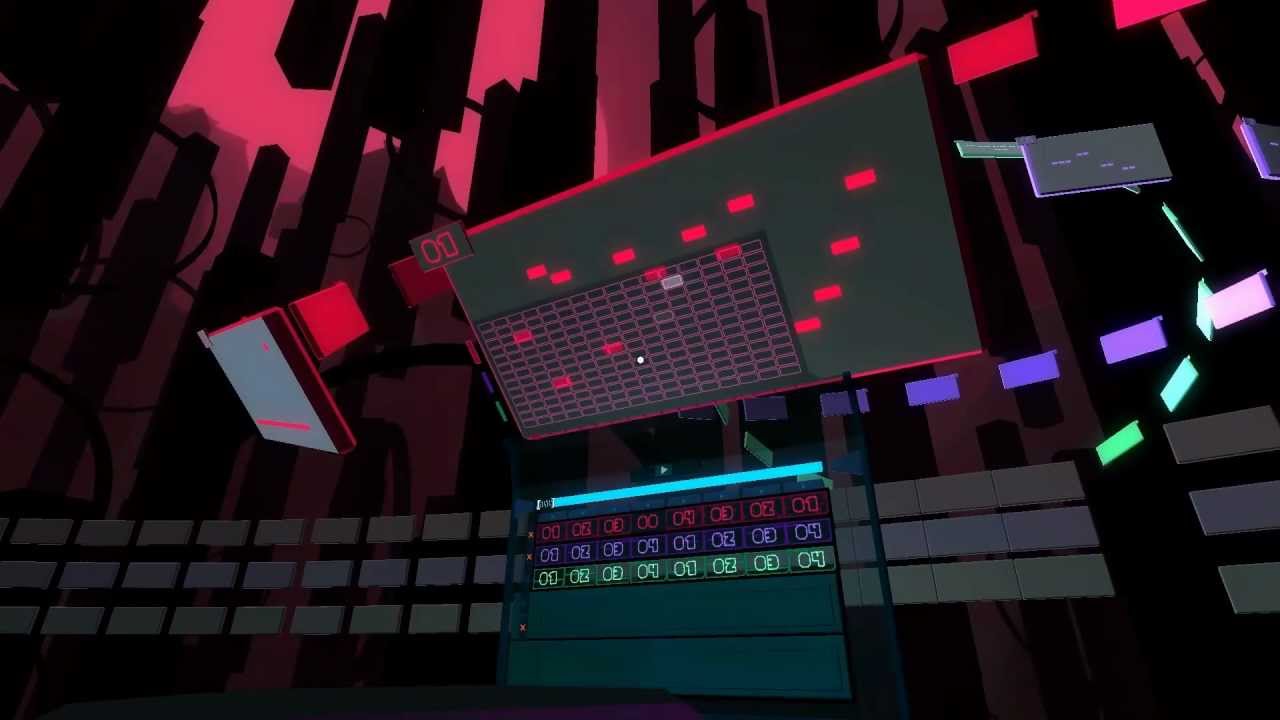 It took me a long time to understand synthesizers. When I was a kid, I would often think of a synthesiser as being more or less the same thing as an electric piano — wasn’t a Rhodes or a Wurlitzer basically just a synthesiser?

No, in fact — a synthesiser, like a Moog or a Yamaha CS-15, is much more complicated and versatile than a simple electric piano. It’s a series of parameters and oscillators that can be tweaked to provide all manner of sound. The sounds are altered by changing up the soundwaves themselves, bending the shape of the tone until it’s as rough or smooth as you desire.

FRACT, an in-development independent game from Montreal-based Phosfiend systems is, essentially, a music/puzzle game that combines elements of Tron and Rez that places players inside a giant synthesiser. In the development walkthrough above, Richard Flanagan and Henk Boom walk players through a big chunk of the game where, by solving puzzles, they activate different parts of what amounts to a gigantic synthesiser, then connect the parts they’ve activated through a giant, walk-up pattern sequencer to create original music.

Flanagan cites early Warp artists like Boards of Canada, Apex Twin and Brothomstates as musical influences, and says that he’s been inspired by what he describes as the recent democratization of music production. Using programs like Rebirth and Fruity Loops, it’s much easier to create electronic music like the tracks in FRACT without having to invest in a hugely expensive room full of synths.

FRACT is the work of a three-person team, shown above in their studio: Flanagan is creative director, Boom is Technical Director, and Quynh Nguyen is the game’s producer. Up top, you’ll see Flanagan’s Yamaha CS-15, a super-cool synth that I actually find myself coveting.

“Some of our in-game sounds are reminiscent of the Yamaha DX7 (or the FM8 VST),” he said in an email, “and we’ve got some subtractive (analog) modelling as well (that has a Moog/Korg vibe), but there’s still lots of fine-tuning to be done.”

When I asked whether he thought that FRACT could help people understand how synthesizers work, Flanagan said that the game is a bit abstracted, since they want it to appeal to a wide range of musical aptitudes. “I think people who are into synths and electronic music will pick up on the stuff we’re doing,” he said, “but in the end we want to make something satisfying for all kinds of players too.”

I found myself very curious about the gameplay possibilities of a working pattern sequencer. How would this work? Is there a way to build a game around something so open-ended and creative? (Pick up the top video at 3:24 to get a sense of what I’m talking about.)

“It’s a communication challenge,” said Flanagan, “as well as a design challenge – it’s proving to be a difficult concept to contextualize in the space, but we hopefully have some neat ideas up our sleeve and we’re looking forward to seeing how people interact with them.”

I can imagine that this would be the biggest challenge making a game like this — how to take it from being a gigantic synthesiser you can walk around in to an actual game. But then, music is a game of its own, and given how remarkable FRACT is looking so far, I won’t be surprised at all if the team at Phosfiend ties the entire thing together in fine form.